We haven’t met many people who have travelled to Tasmania – you have to fly or get the ferry and public transport isn’t that great so really you need to hire a car which can all get pretty expensive (especially if you were travelling on your own) so it’s understandable that a lot of people never make it here. Despite this, we wanted to make sure we got to see it and so, with only a few days notice, we booked our flights and hired a car for 8 days to go exploring. We originally had a tour booked to fit everything in but that got cancelled and it actually worked out in our favour as we managed to get a good deal on a car and have still been able to see everything that the tour would have shown us (so far anyway) as well as extras we would have missed.

Because we are doing and seeing so much, I want to give Tasmania justice in these posts (especially with there being so many pictures I want to include to show you how beautiful it is). For this reason, I’ll be doing a bunch of posts on our time here – sorry if these posts are quite long! Let’s begin…

On the 12th January 2017 we got up at 4:30am and headed for the airport to catch an early morning flight to Launceston which is in the North of Tasmania – it was so early that we got to see the sunrise in the airport! After arriving in Launceston we managed to get a shuttle bus to our hostel – Launceston isn’t that big and there aren’t that many places to stay so it wasn’t hard for the shuttle bus to know where to take us! After checking into the hostel, we went to collect our car so that we could start seeing what Tasmania was like.

After checking the forecast for next few days we decided to swap our itinerary a bit and go to the Bay of Fires as it was forecast to rain the next day. This was a couple of hours drive away on the east coast of Tasmania but it wasn’t a bad drive because of the exceptional scenery that Tasmania has to offer. Our first stop on the way to the Bay of Fires was Scamander Beach. I didn’t really know what to expect from Tasmania but have found that their beaches are gorgeous! Scamander Bay is a lovely, clear water bay that has a sand bar to block off the rough sea from the rest of the beach making a calm, clear ‘pool’ to relax in. We only stopped for a little bit to see the coastline and the bridge there but I’m glad we did as it really is beautiful.

The Bay of Fires is a very large bay made up of smaller bays along the coastline – it gets its name because, when it was discovered by Europeans, the aboriginals in the area had set loads of fires along the coastline. We hadn’t realised this when we first arrived so were looking for a particular bay – luckily there was an info point to set us right. We spent hours exploring this area, starting with Binalong Bay. We honestly couldn’t believe how picturesque this place was with stunning white sands and clear, turquoise water. Unfortunately, we hadn’t know it would be like this so didn’t have our swimming stuff otherwise we could have swam here as there was a natural ‘lazy river’ that went along the beach. This was a fantastic introduction to Tasmania and we couldn’t believe that Tasmania had this sort of scenery. 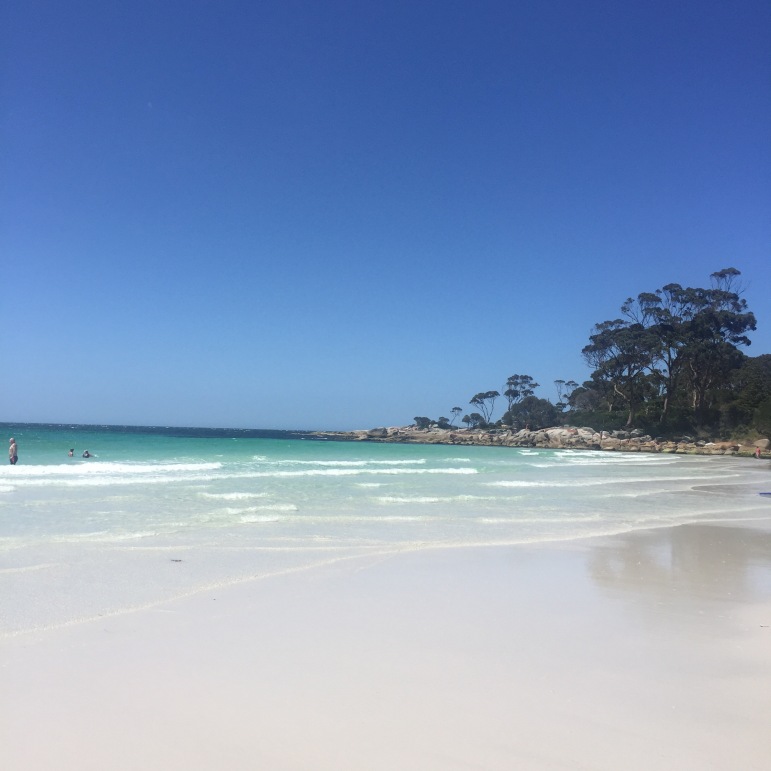 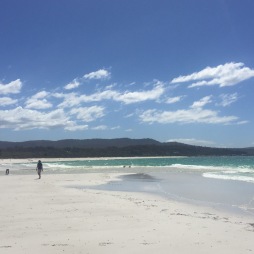 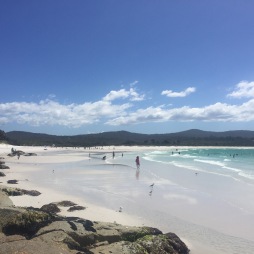 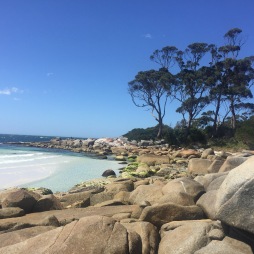 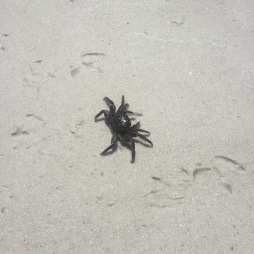 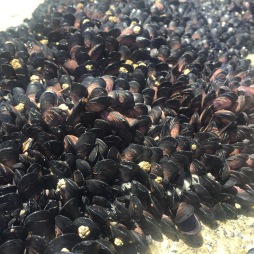 Our next stop was to Jeanerret Bay which was also split into a beach called Cosy Corner South. This place showed the famous orange rocks that, if you google image the Bay of Fires, comes up. The rust orange colour from the rocks is produced by Lichens and appears all over the Bay of Fires beaches. We spent hours here climbing the rocks to see the different views on offer of the coastline – the seclusion and the views were just perfect. This really was a fantastic first day in Tasmania and has been one of our favourite days in all our time in Aus. 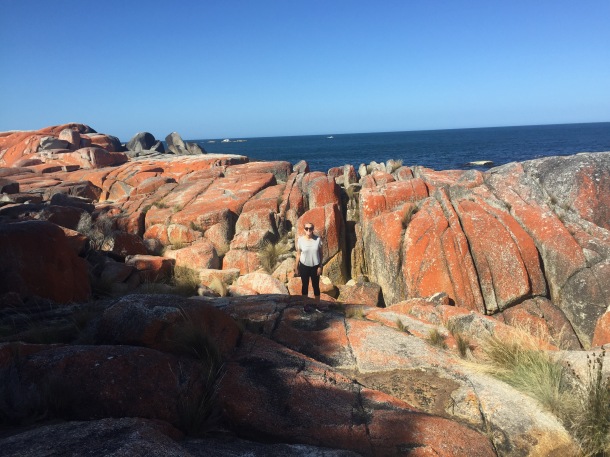 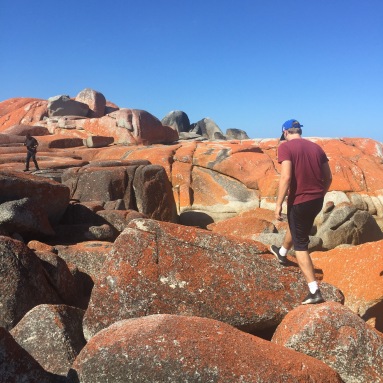 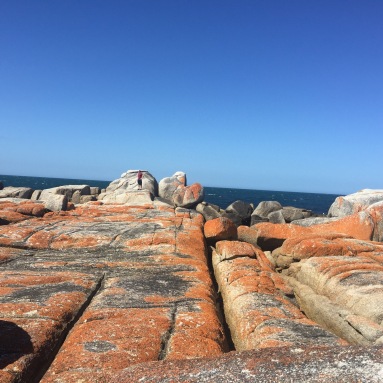 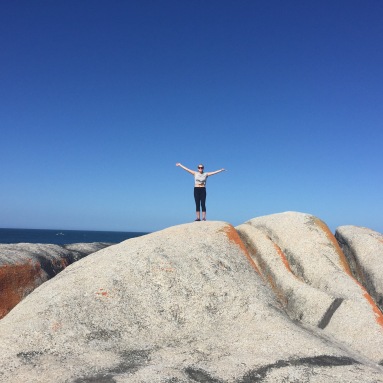 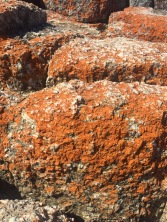