On Saturday 8th April we caught out bus early to get to the ferry ready to start our journey of the South Island. The ferry went to Picton where we would then get on our new Kiwi Experience bus to our stop for the night, Kaiteriteri. The ferry was $50 and was a few hours long. Along the way we saw dolphins swimming past and some seals which is always a plus in my books! The last section of the journey goes trough Marlborough Sound which is a beautiful maze of winding rivers and lakes framed by glacial mountains. 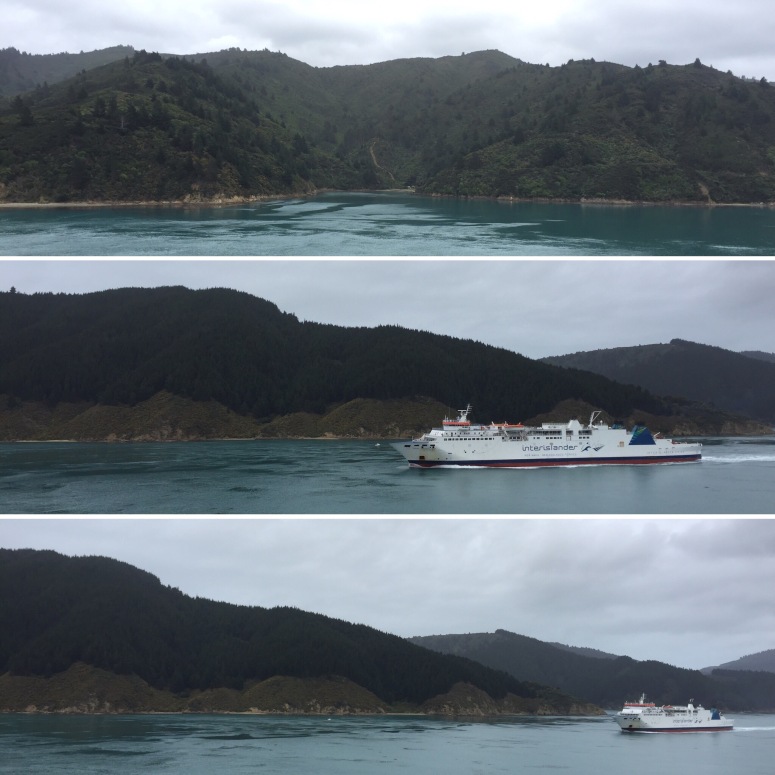 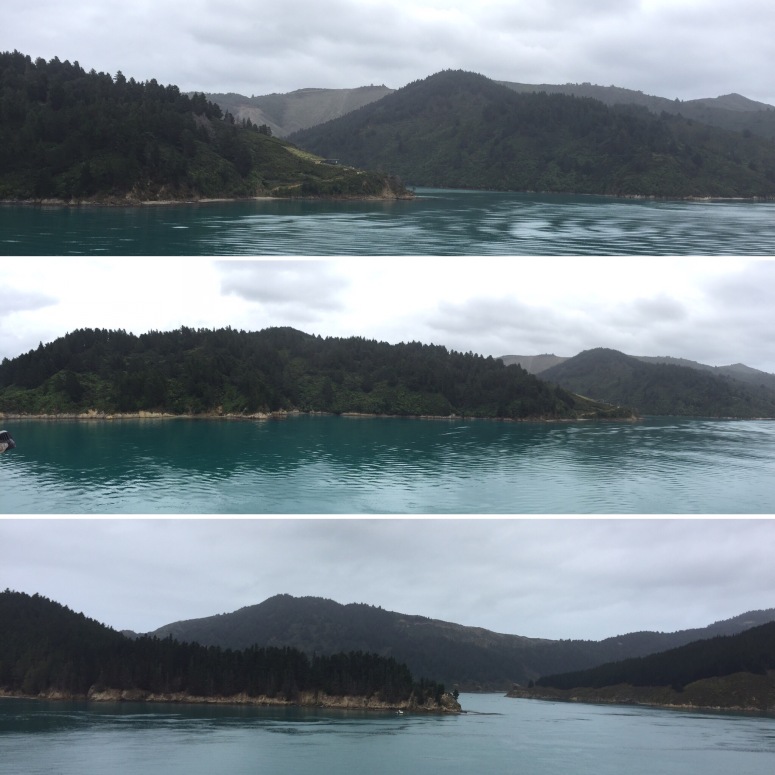 After reaching the South Island, we stopped at a small place called Pelorus to grab some food, stretch our legs and see a part of the river which had been used in the barrel scene in the Hobbit. Even though it was just a bit of river you could see the bits of the film it was used for so I found it pretty cool. 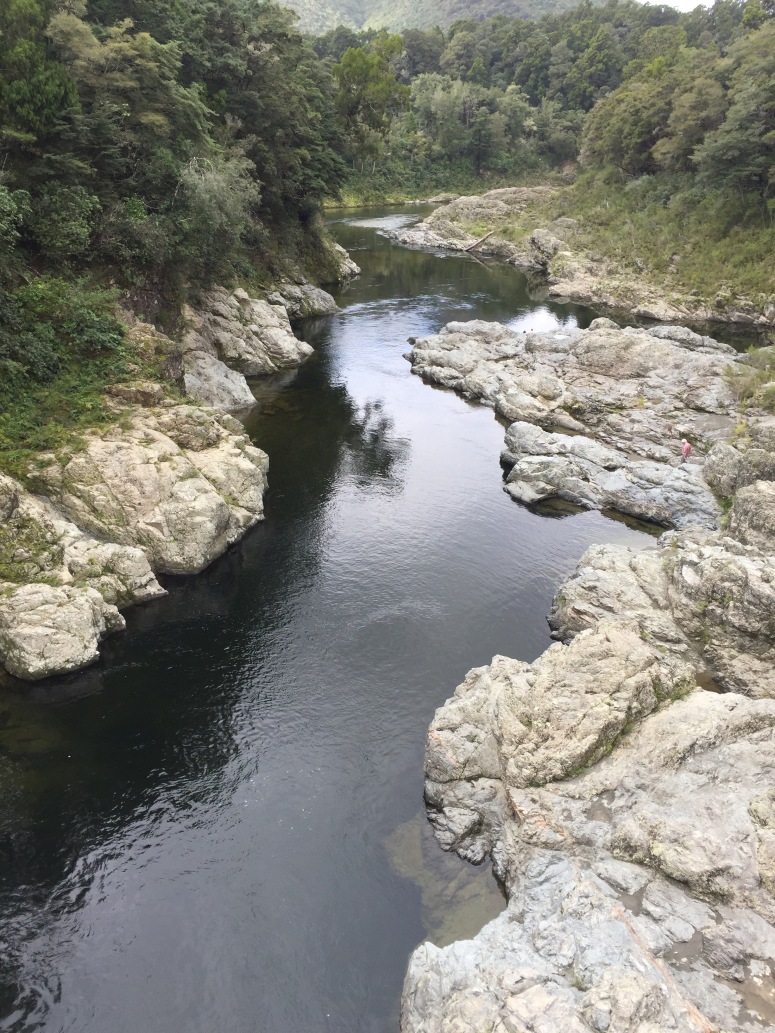 It was early evening by the time we got to Kaiteriteri which is part of the Abel Tasman National Park. The bus was only going to be staying there for one night which wouldn’t give you long to look around so we decide to give ourselves an extra night so that we would have a full day to explore the national park – and I’m really glad we did!

We woke up to gorgeous sunshine and what turned out to be a lovely, clear, warm day. We decided against doing any of the Kiwi Experience activities and, instead, booked a sea shuttle (a considerably cheaper option) which would take us to one part of the national park and then pick us up further up the coast at another section of the national park to take us back to our accommodation. 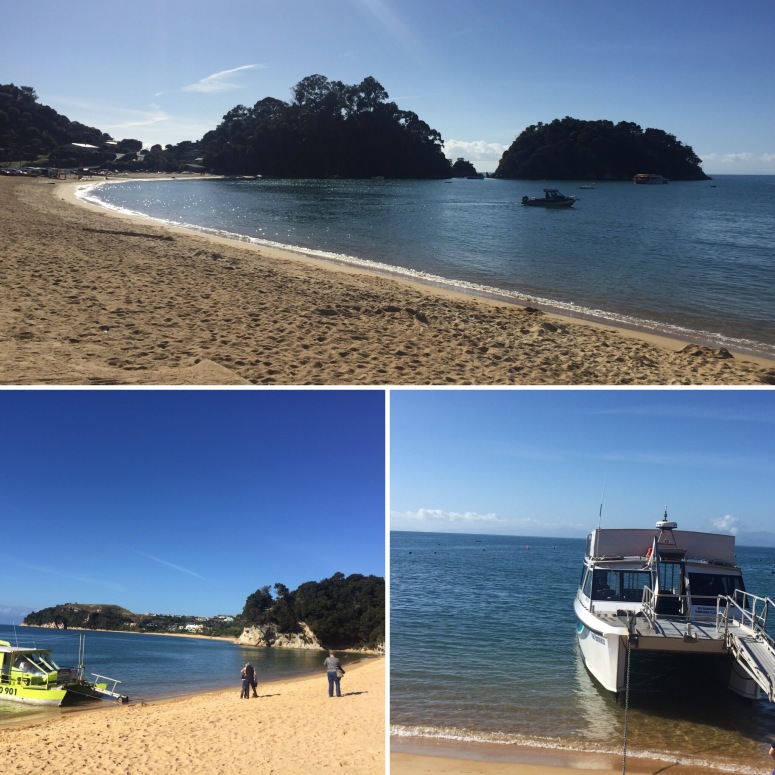 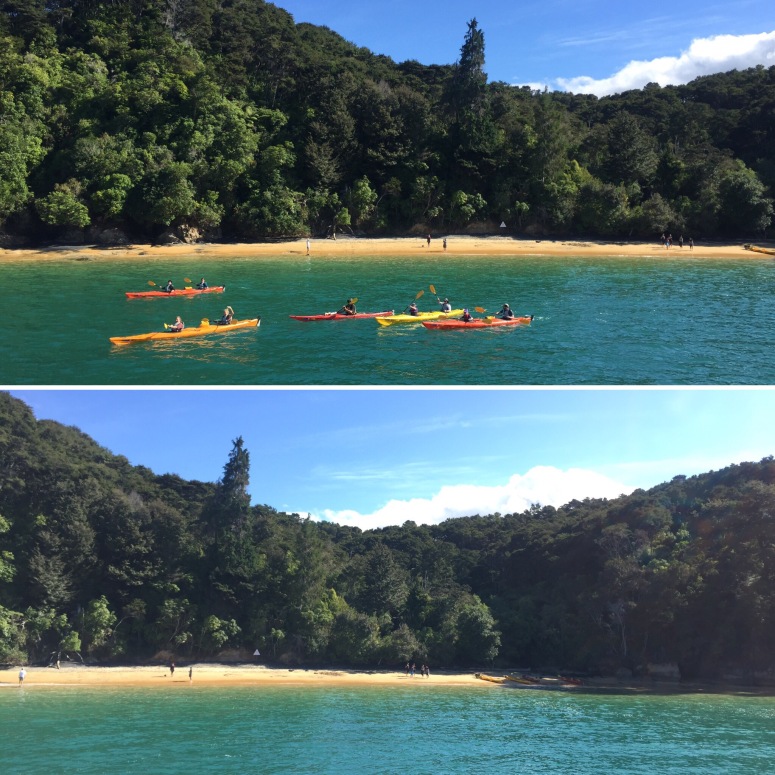 The boat dropped us off at a place called Apple Tree Bay which was a cute little beach surrounded by forest. On the way to our drop off point, we were taken to a natural rock formation in the ocean known at Split Apple Rock. When you see the rock it’s clear to see why they give it that name as it does look like an apple cut in two. 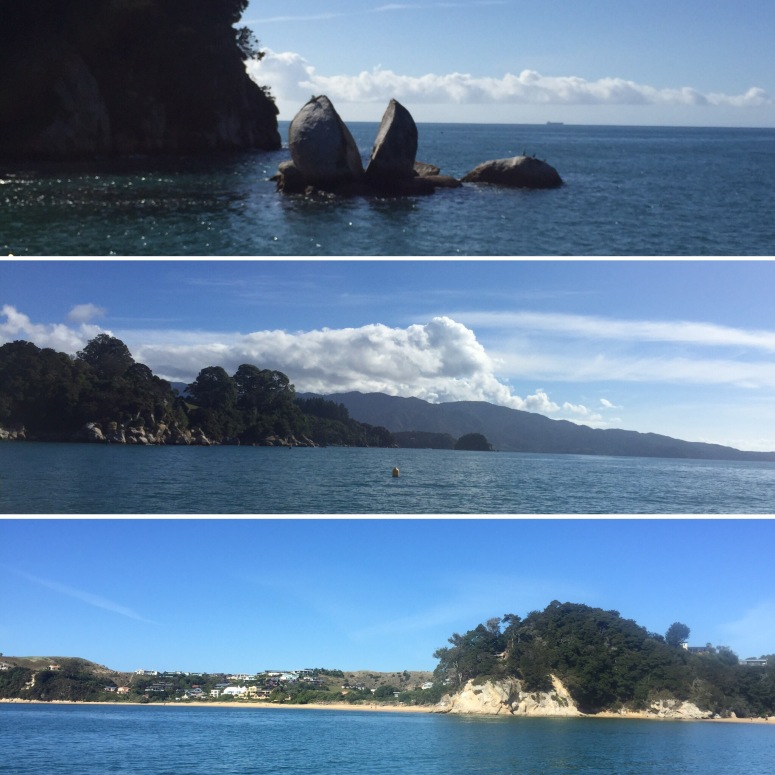 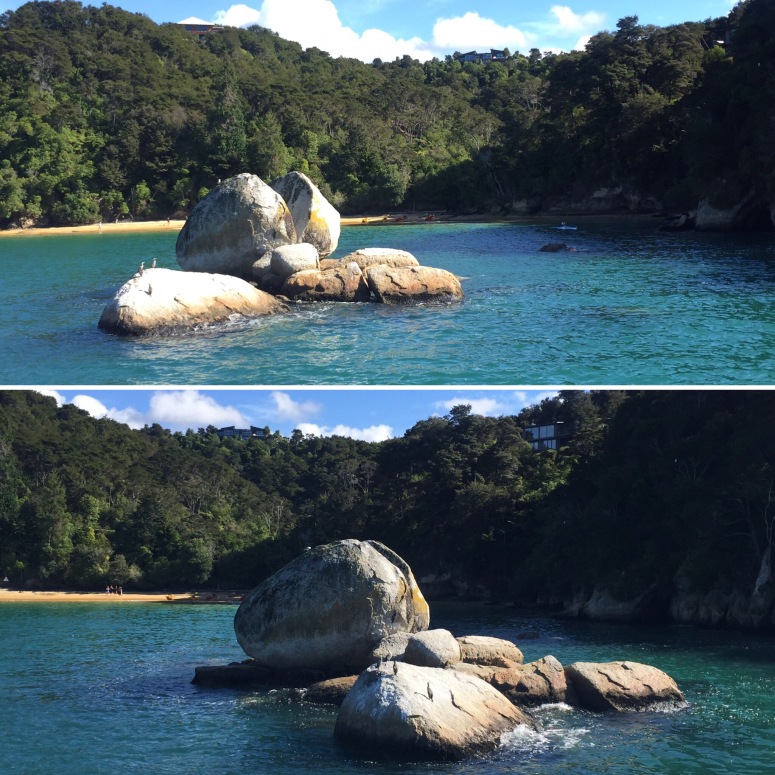 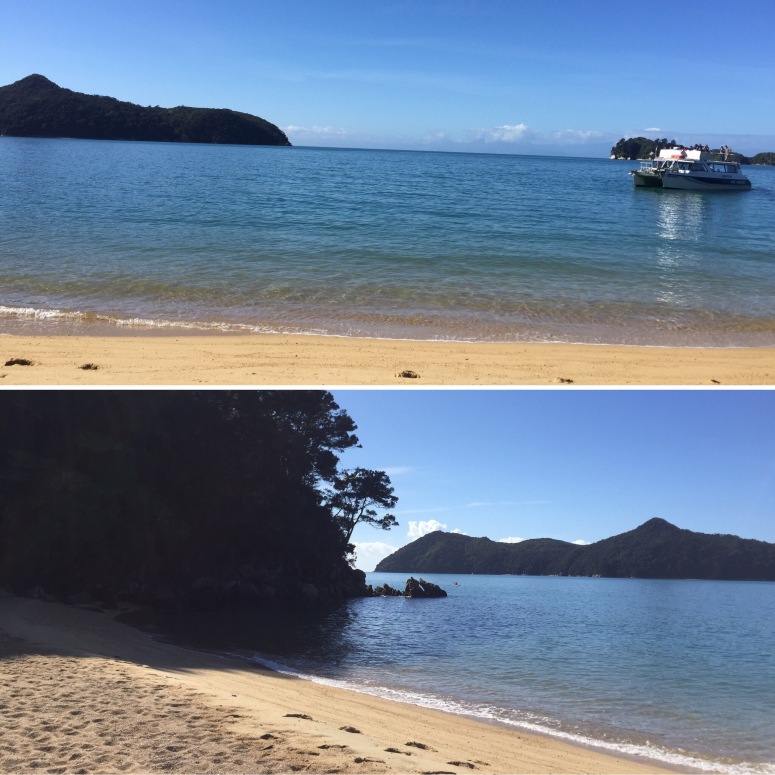 Once we were off the boat we took the Abel Tasman Coastal Walk through the temperate rainforest. There were small spots where you could see the coastline through the trees or take a detour to the edge of the cliff to look out over the coastline. This place was just beautiful and we couldn’t have asked for better weather for our day here – it definitely made it more beautiful! One thing that was also lovely about walking through the rainforest in New Zealand is that, unlike Australia, we knew we wouldn’t be encountering anything poisonous that might want to bite or sting us along the way (we’ve always been quite lucky but it doesn’t stop you keeping an eye out)! 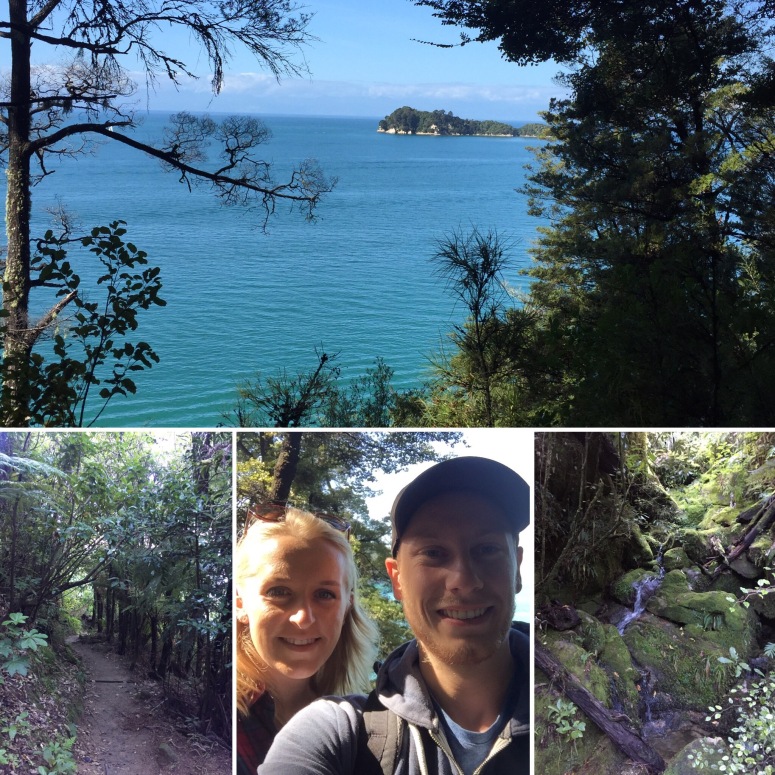 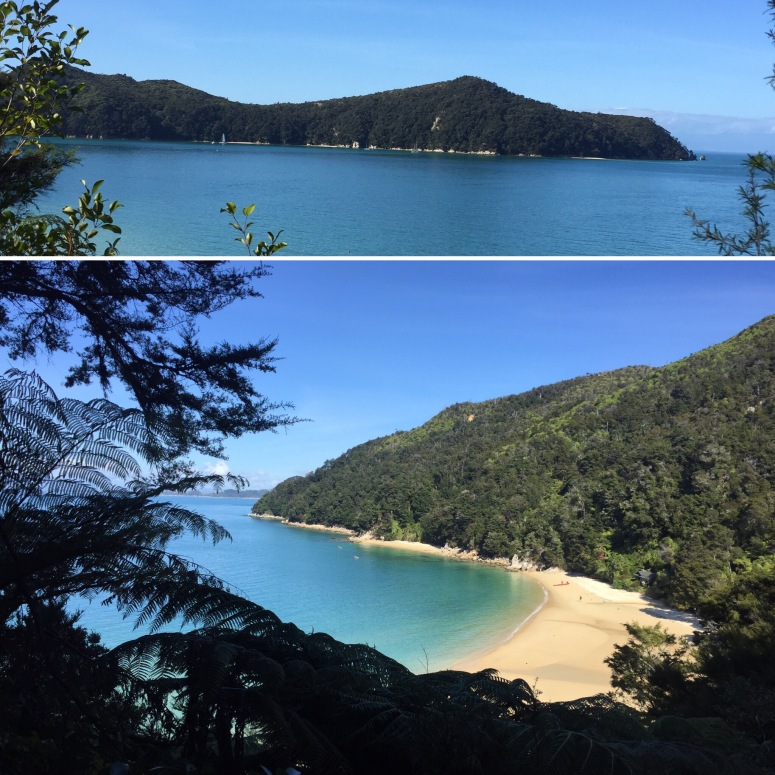 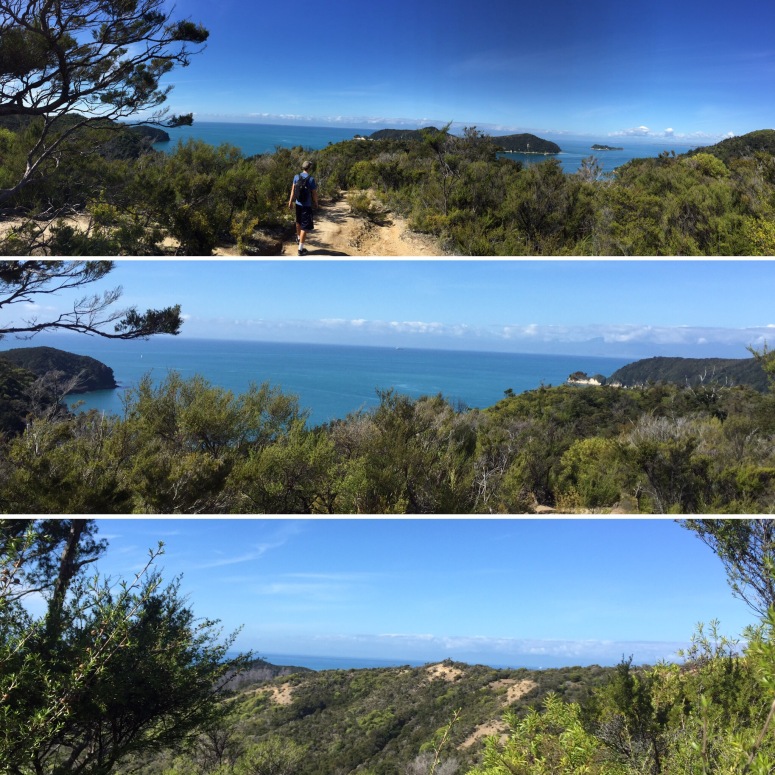 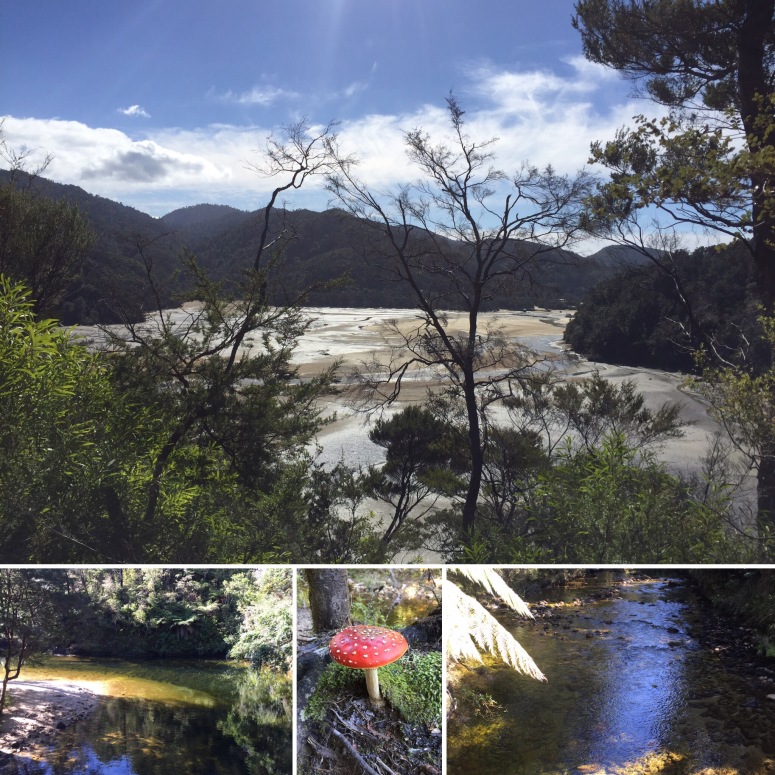 We then walked from Apple Tree Bay to Anchorage, taking a detour to Cleopatra’a Pool. The walk was about 3 hours and then it was an extra hour from pool to Anchorage Beach where we would be getting picked up by our shuttle boat. The pools were worth a visit and it was where we decided to stop for our lunch. Cleopatra’s Pool is a giant rock pool with a waterfall and what looks like a natural slide (we know some people who have actually slid down it). The place is really pretty and we spent quite a bit of time here before we had to get going to be on time for our shuttle boat. I would recommend it if you’re even in the area. 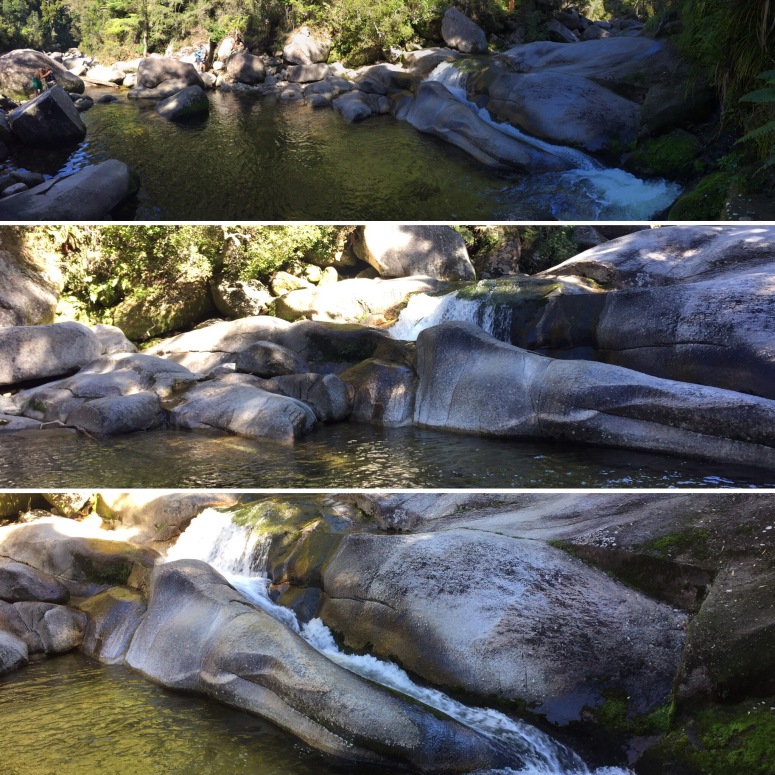 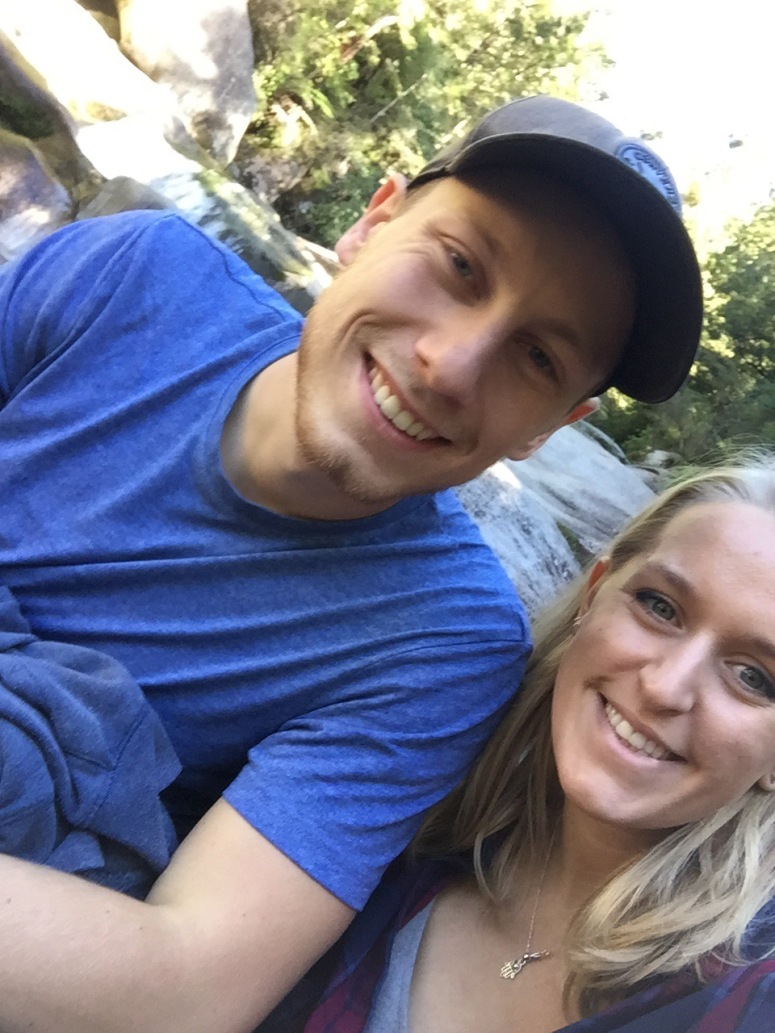 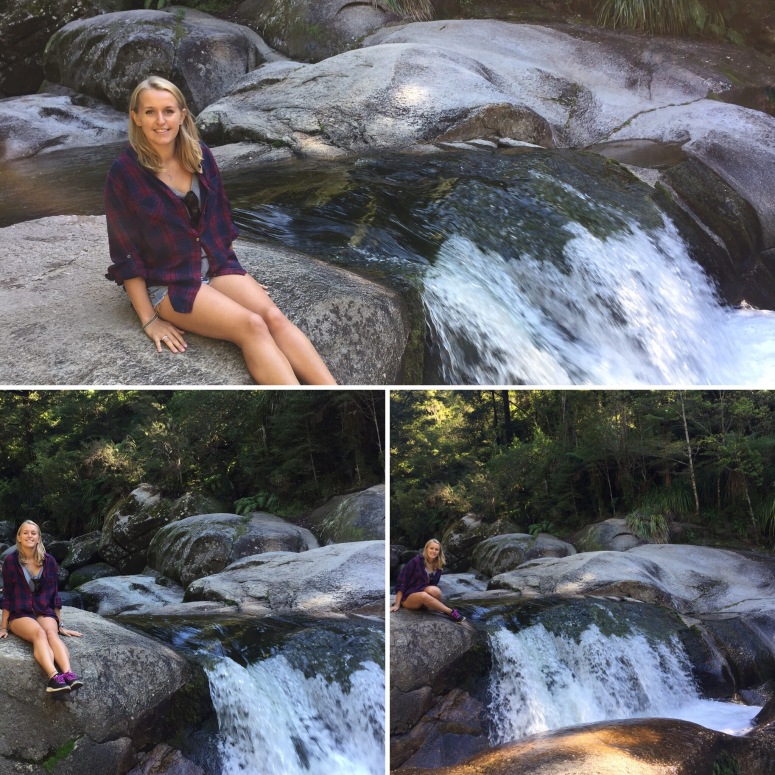 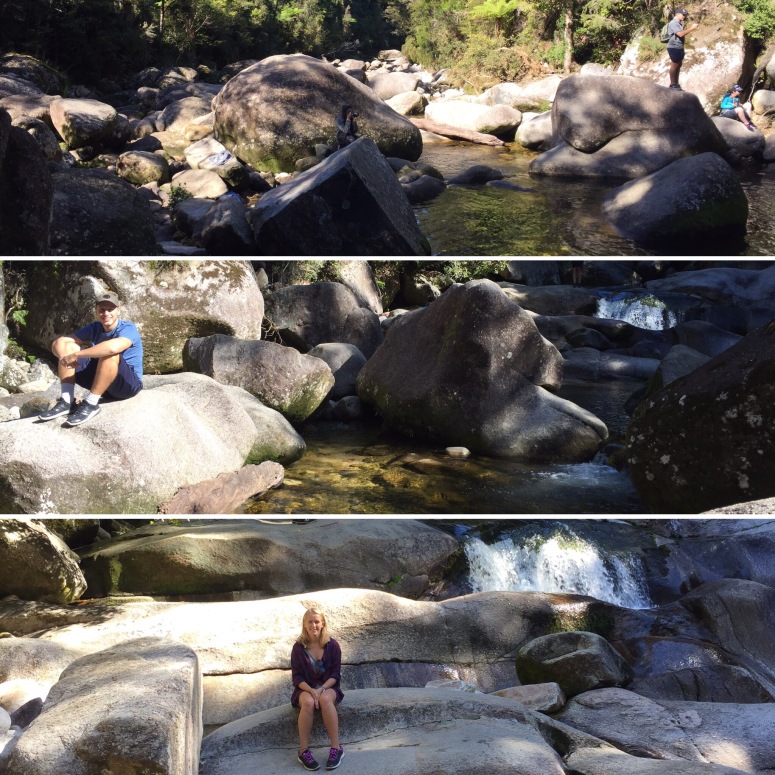 The whole day was brilliant as we had great weather and saw some lovely New Zealand scenery. I think we appreciated this stop even more because of all the rain we had had in Wellington and so the blue skies and sun were even more welcome! 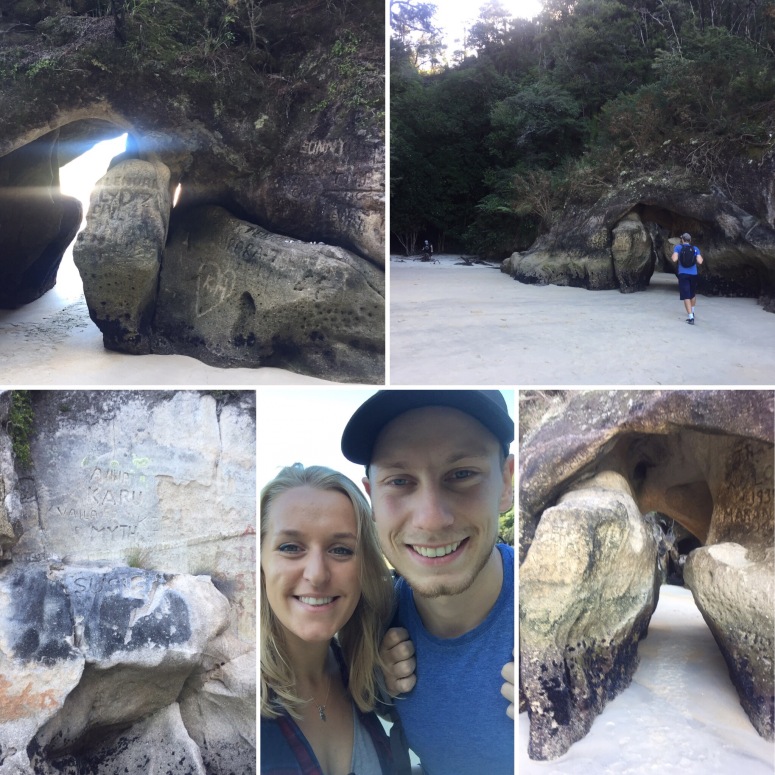 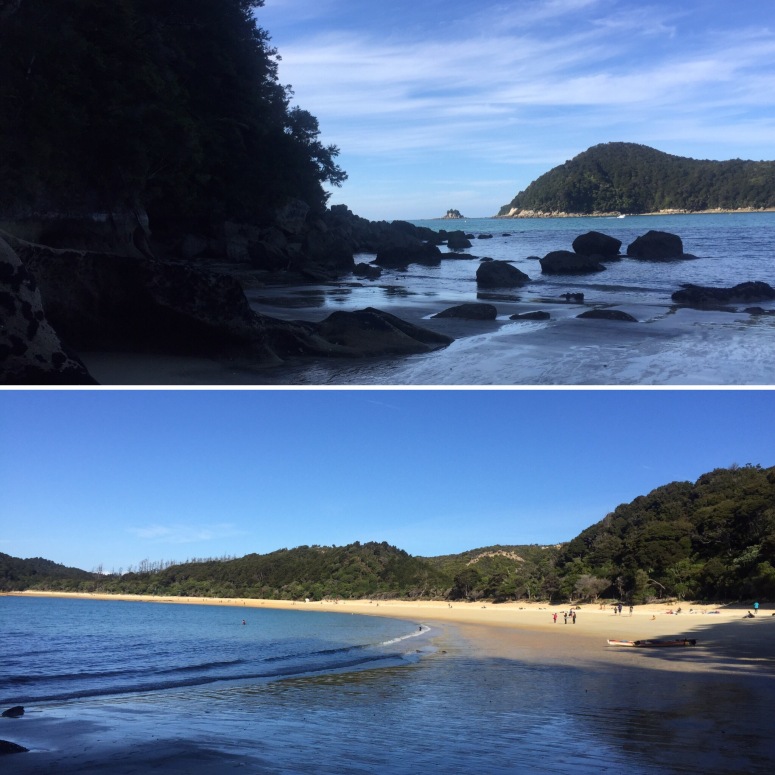 We ended our day at a local lookout point whilst the sun started to set. The place we were staying was pretty quiet so I don’t think we could have stayed there much longer than we did but I’m so glad we stayed that extra day to have a proper look around the national park. 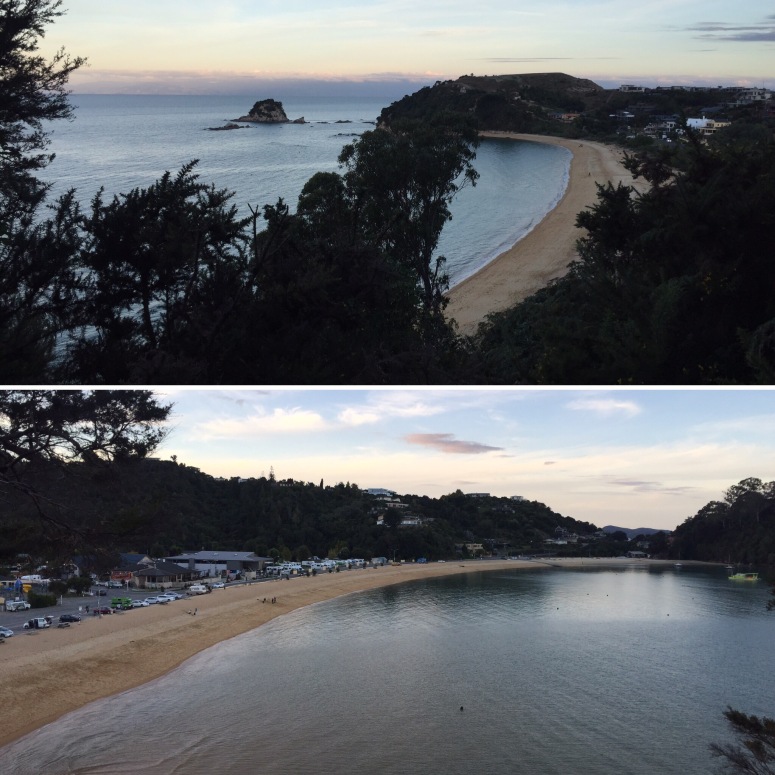 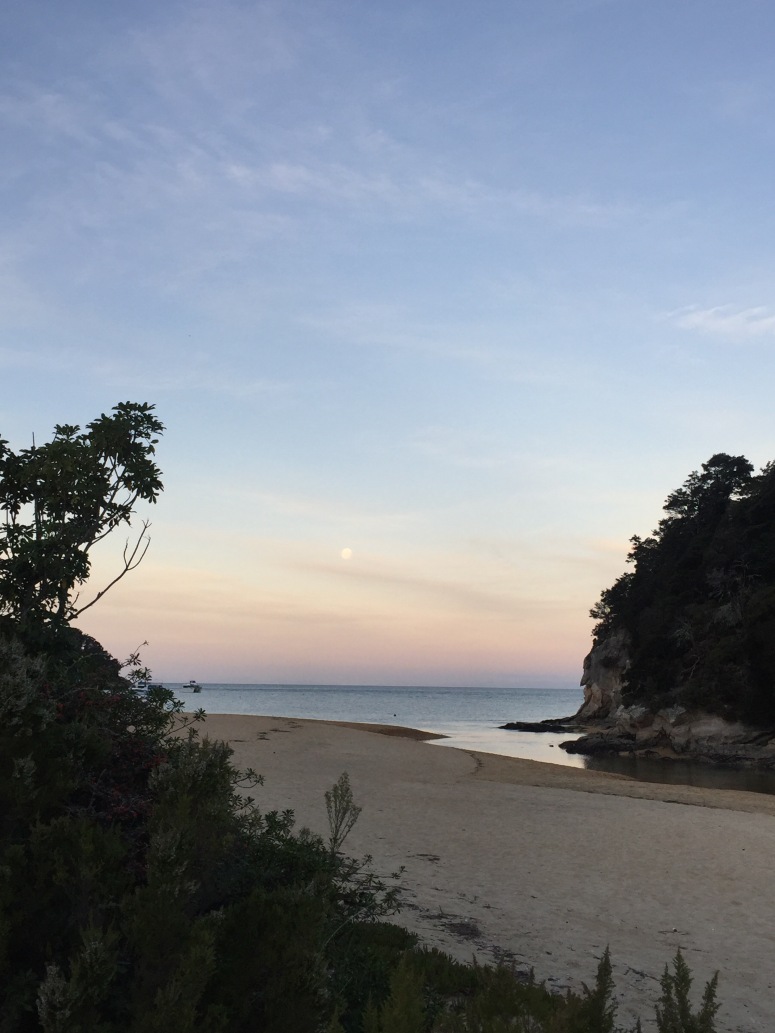