On the 19th September we arrived in Darwin where we would be spending a few nights before collecting our hire car to drive across the country to Perth. The night we arrived, despite having a severe lack of sleep, we went out with a guy from our room, Dominic and his mate Keith to a place called Monsoons. We only stayed for a few hours but had a nice time and then exhaustion got the better of us.

We chilled a lot of the next day and had a walk around the city. There was a park called the Bicenttennial Park so we had a walk around there and then headed to the wharf to meet Astrid, from our tour, and watch the sunset with her. The sunset was nice but it had taken us a while to find a decent spot for it so we missed the main section of it. It was lovely spending some more time with Astrid though before she headed back to Sydney. 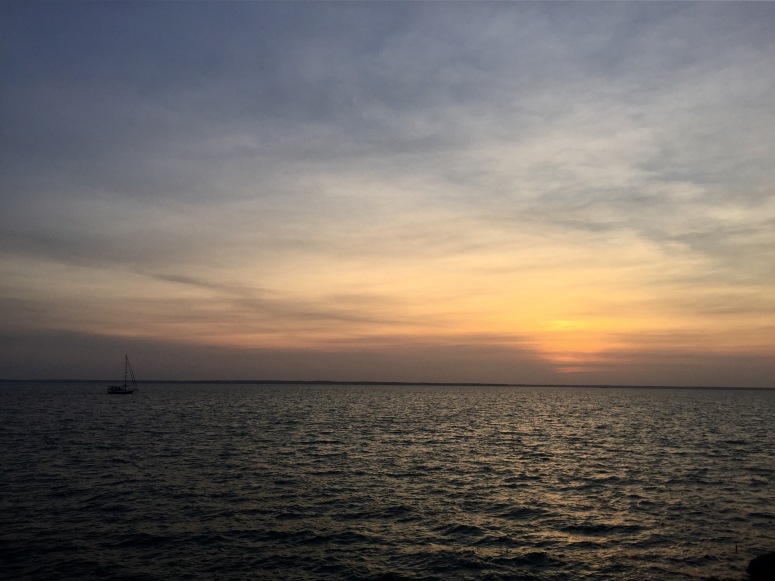 Whist we were in Darwin we had booked to go to Crocosaurus Cove and into the ‘Cage of Death‘ where you are lowered into a crocodile enclosure whilst in a plastic tank so that you can see a crocodile super close (as in its touching the other side of the plastic!!). Our crocodile was called Chopper and it was the 3rd largest salt water crocodile in captivity in the world and is 90 years old. When it was last measured 8 years ago it was 5.7 metres in length and could potentially have grown more since then! It had both its front legs missing after being in a turf war with another crocodile. Apparently, Chopper’s head is quite small for its size so the keepers think that it was challenged for territory and underestimated by the other crocodiles. Even with no front legs it was still killing cattle and nearly killed a couple of humans which is how it ended up in captivity (it’s illegal to kill crocodiles in Australia).

It was amazing to see the crocodile so up close. It’s teeth were the size of my thumbs and it’s eyes were really scary – so prehistoric and evil looking. It was so massive and you definitely wouldn’t want to come across one in the wild! The only shame about the whole experience was the price. Once you added pictures the whole thing got expensive which did put a bit of a dampener on the day. Forgetting that though it was really cool to see such a scary animal – probably the scariest animal in the world in my opinion – so close when I knew it couldn’t eat me (which it would have been happy to do). 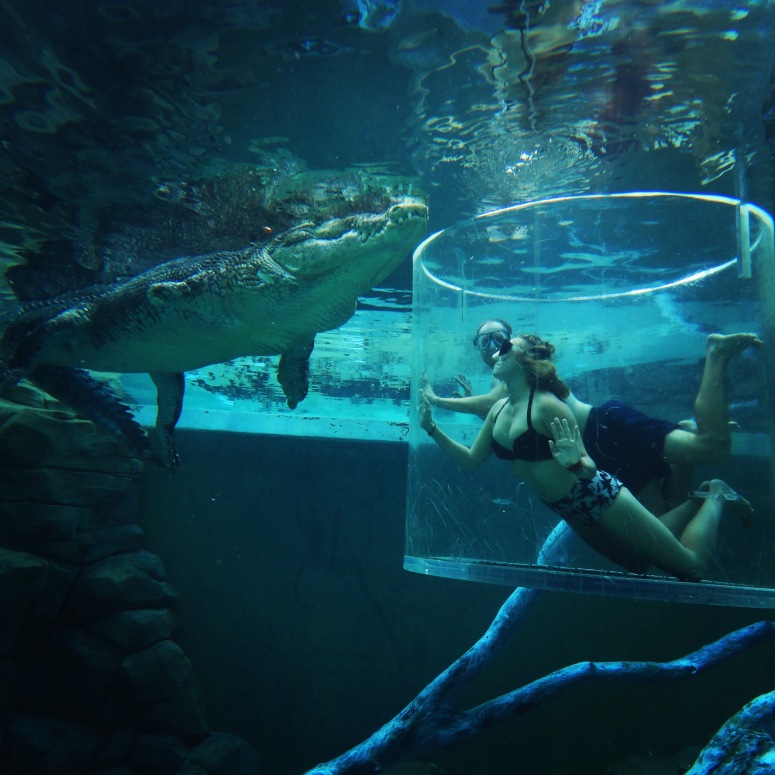 After being in the tank with the crocodile we spent the rest of the day at the wave lagoon in town. This is a great way to spend the day in the sun as it’s only $7 and there are deck chairs to sunbathe on and inflatables and body boards that you can use to mess around in the different wave cycles they put on throughout the day. It was really fun and we spent a good few hours here relaxing in the water. 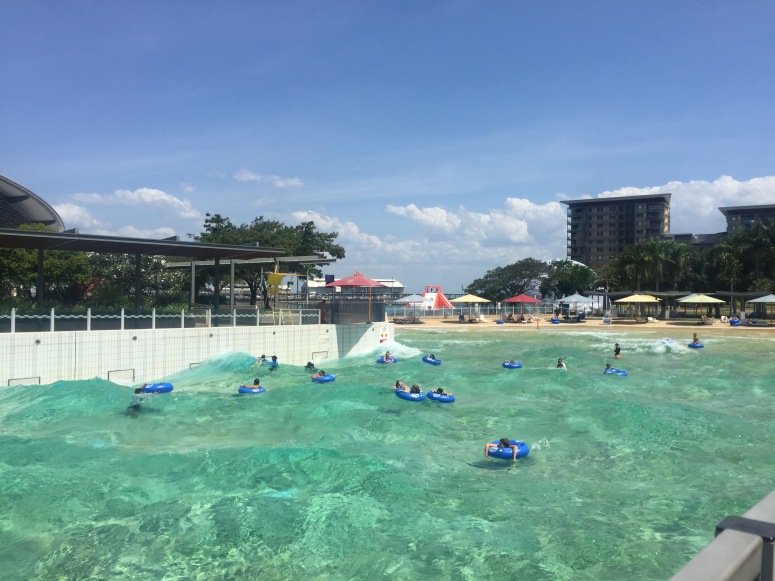 For sunset we headed to Mindil Beach for the sunset markets that run on a Thursday and a Saturday. We watched the sunset – which was really pretty – and then walked around the market. People were playing music and performing circus tricks and there was loads of food, juices and crafts you could buy. Everything looked so good and was all so pretty with the sun setting. 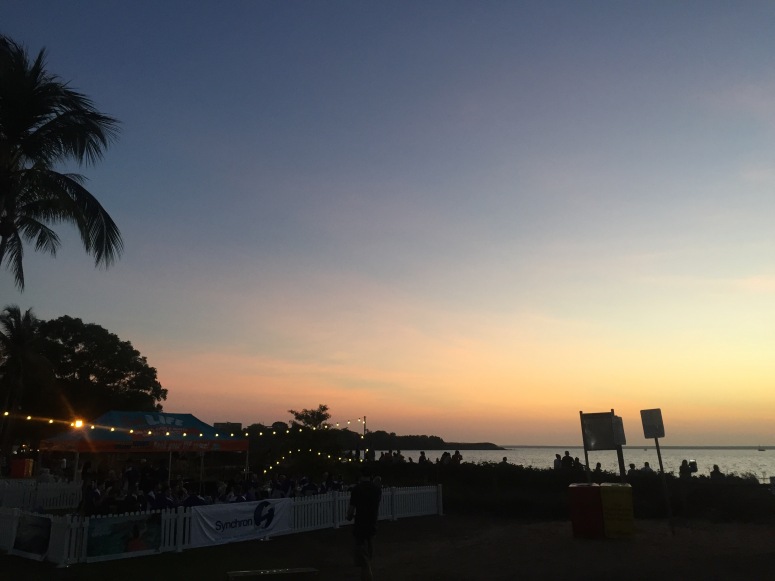 We enjoyed our time in Darwin and particularly enjoyed being in the nice hot weather. This is a popular place for backpackers to come and spend their winters and you can see why as there are a tonne of bars and clubs and then you can chill by the lagoon all day and top up your tan. The temperature in Darwin in the winter is regularly over 35 degrees. It’s also a big hub for trips to the Litchfield and Kakadu National Parks which is another reason why a lot of people come here. I would recommend getting up here if it fits in with your travel plans as it is a fun place to be and gives you a chance to enjoy some tropical weather whilst still being in Australia.