We had a couple of days in the capital of the Philippines, Manila, to start our recovery from partying in Boracay. In all honesty we hadn’t heard glowing reviews with most people talking about the huge amount of traffic, the smog and the vast number of people. We didn’t really know how we were going to find our time here.

We got into Manila around midday on the 16th November 2017 and had a relatively stress free taxi from the airport to our hostel – so far we hadn’t been impacted by the terrible traffic that Manila is known for. Our hostel was in a pretty good location meaning we would be able to get all our sight seeing done within walking distance the next day. Our hostel was near the Robinson Mall which is a huge shopping centre in the city housing everything from designers, a Mark’s and Spencer’s (I never would have expected that!), a cinema and, most importantly for us, a big food court. We probably spent as much time in this food court as we did in the rest of Manila! As you entered everyone had to go through metal detectors and be patted down which, although it meant there was something to worry about from the point of view that the search was needed, it was also comforting to know that the mall was safe from it all.

With regards to the number of people which is often something people complain about in Manila, the city has one of the largest population densities of any city in the world so there are bound to be people everywhere you look. We got a feel for this the next day when we had an explore about the city and had to weave our way through the people and traffic to get to any of our destinations. People really were everywhere we looked and it was sad to see a large number of these people also sleeping or begging on the streets and in the park.

After meandering the streets and traffic we eventually reached our first destination of the day, Rizal Park (also known as Luneta). The park is 60 hectares so we definitely didn’t walk through all of it but we did go to see the Rizal Monument and what seemed to be a Chinese Garden which was nice. The park also has a big lake which has a sculpture in it of all the islands of the Philippines. 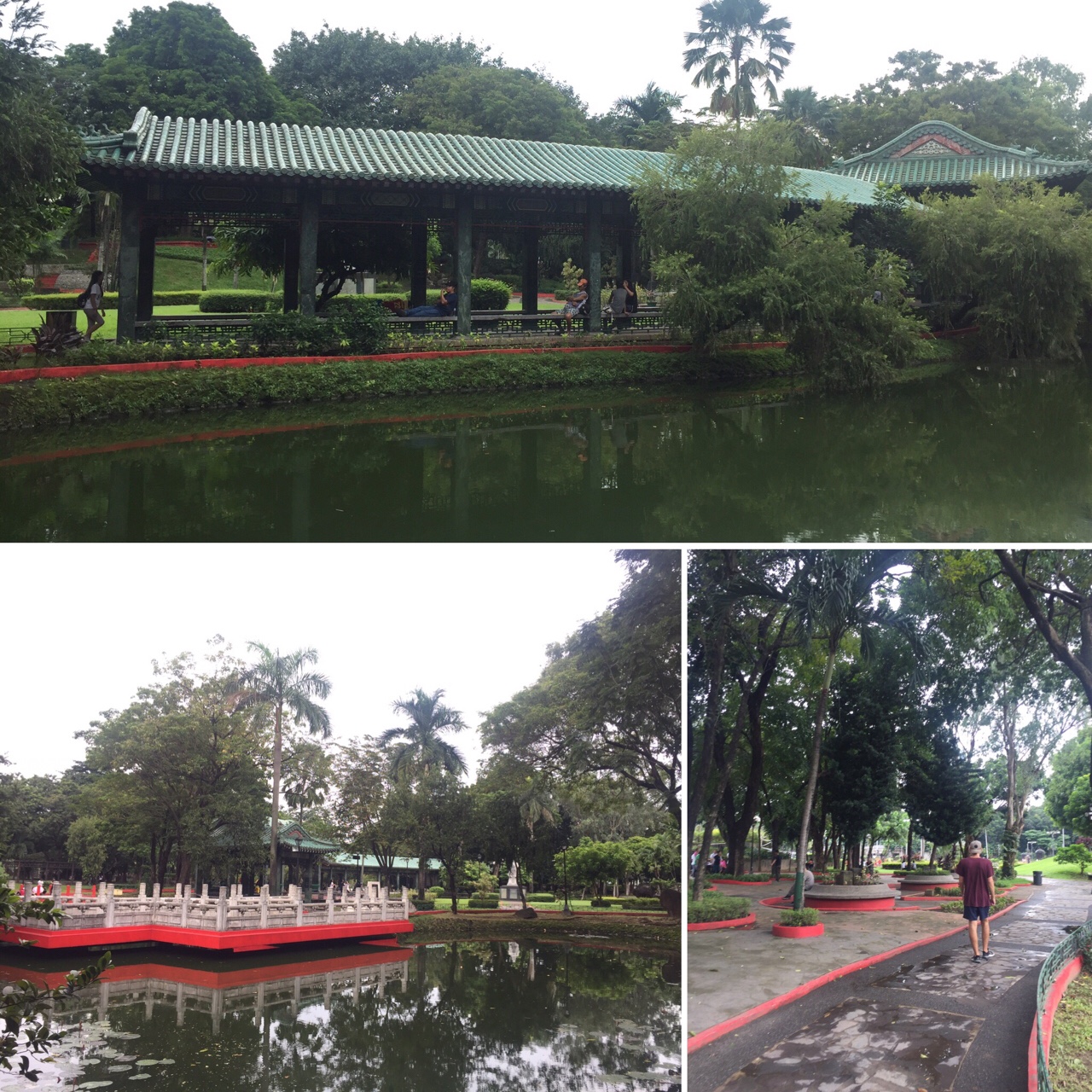 After the park, we headed to Intramuros which is a walled area of streets and cobbled squares that was the focal point of Spanish Manila. It has been standing for over 400 years when the original wooden buildings were replaced with stone by the Spanish in 1590. The old town is filled with nice buildings in a Spanish style as well as a church and monastery called San Agustin. You can also walk on the fort walls to see views of the surrounding city. The best bit about this place is to walk around and admire the old buildings as you would never expect to see them in the Philippines. 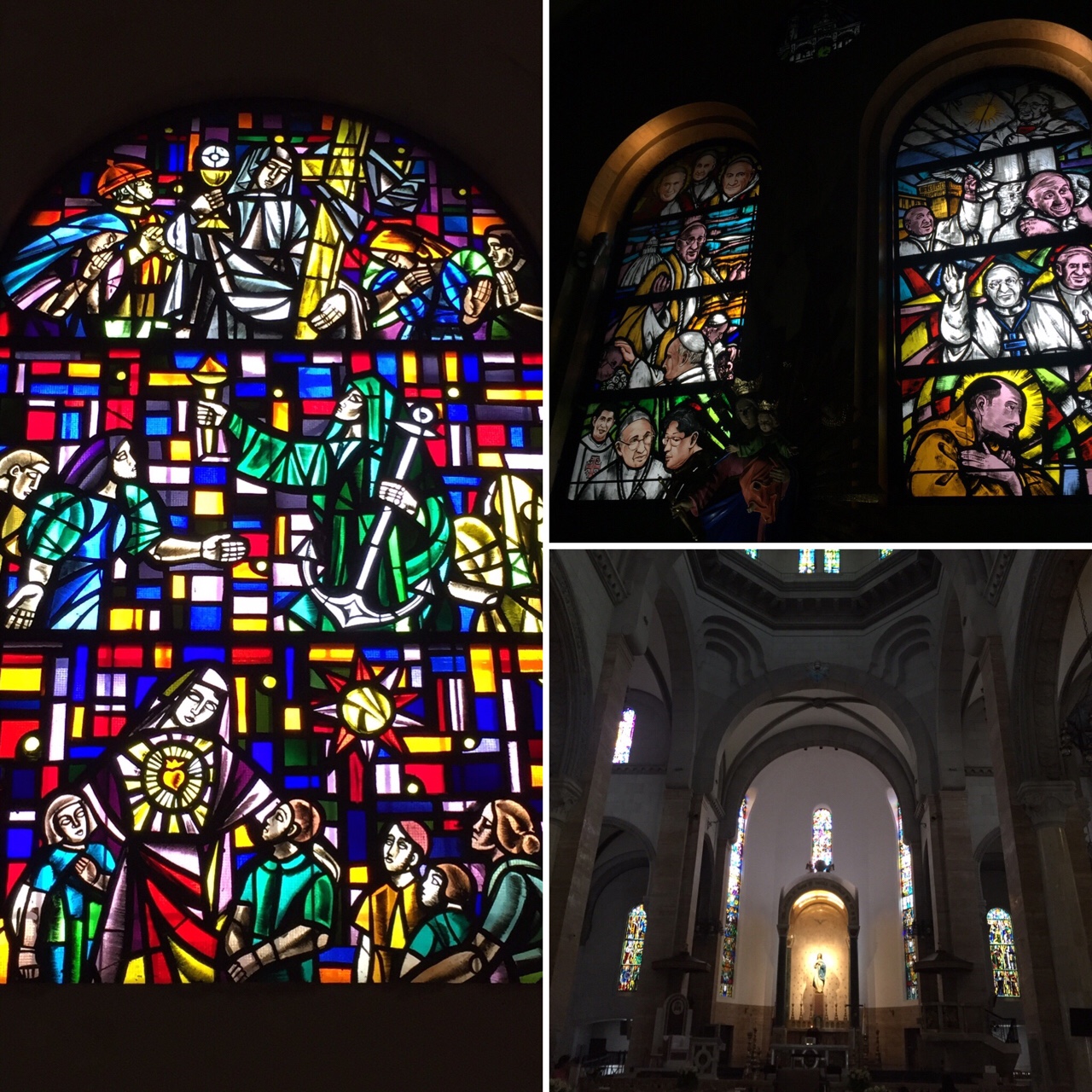 We had been warned not to spend too long in Manila and we could see why. Even getting from one place to another in what was meant to be a straight forward route involved a lot of winding through a mass of people and we had to always be alert of our belongings (as you would in a highly populated, poor city) so we were glad to have just given ourselves the day to look around – we flew out on 18th November 2017. Saying that, I’m glad we went and I don’t think Manila should be discounted from your travel itinerary if you’re on quite a long stay in the Philippines, if you’re on a shorter timescale though then I would give it a miss as its not got the beautiful scenery you’ll have to experience!