On Friday 29th June 2018, after spending the morning exploring the ancient ruins of Polonnaruwa, we were picked up by our safari guide to go to Kaudulla National Park in the search of elephants. This park, along with Minneriya National Park, gives you the best chance of seeing elephants in the wild particularly when we were there as elephants head to the area in their hundreds to exploit the water sources they both have. The local guides know which national park has the most elephants in it that day and, for us, that meant we were going to the less visited of the two parks, Kaudulla. Our guesthouse owner, Luxman, had organised the safaris for us and the jeep for the two of us cost 5000LKR (£24) with the park entrance for the two of us being just over at 2650LKR (£12.70) each. There is an option to get yourself to a nearby town called Habarana and join a shared jeep there which would be cheaper but we were happy with the price of the private jeep as the Lonely Planet had said it would be considerably more. Plus, it meant we had a lot more control over what we did and how long we could spend there. 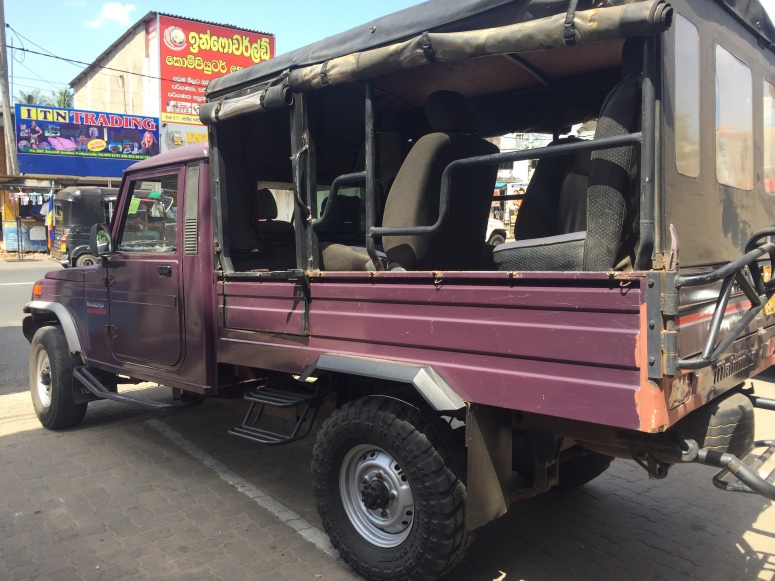 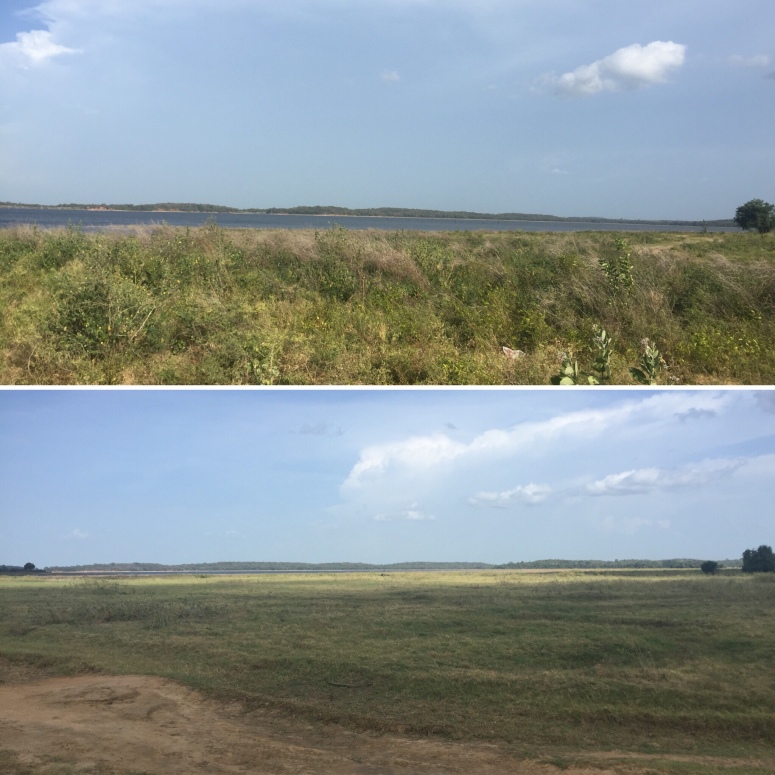 We arrived at the park at around 3pm and there were a few other jeeps waiting to go in. We knew there would be more jeeps than we had experienced at Wilpattu National Park as people come from Dambulla, Habarana, Sigiriya and Polonnaruwa to see the elephants. When we entered he park there still wasn’t too many though so we didn’t think it would be a problem for our experience seeing the elephants.

Our wildlife spotting started by seeing some langurs and water buffalo and whilst we were in the park we also saw ibis birds which we had seen loads of in Sydney, cormorants, a beautiful little blue bird called an Indian roller and peacocks. 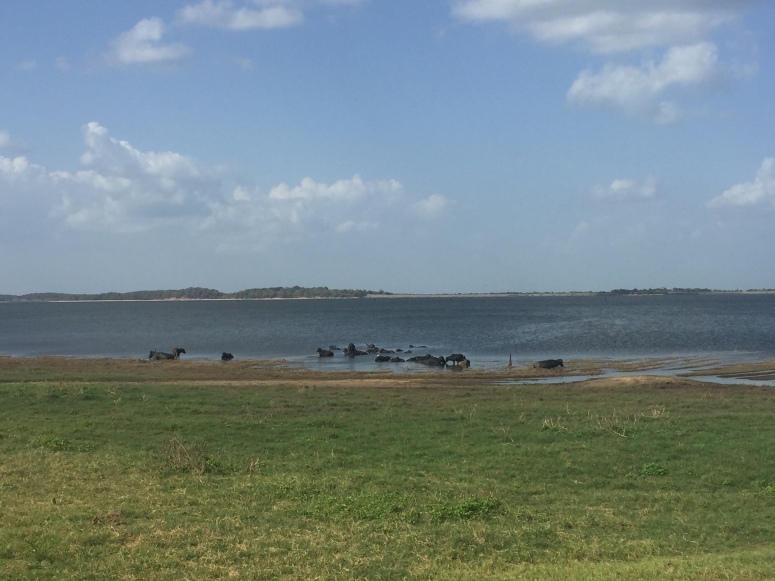 But this wasn’t what we were there to see. We headed out into the open spaces of the national park and it wasn’t long until we saw them! Around 30 or 40 elephants all eating grass or drinking and splashing themselves with water. We were one of the first jeeps out there and so got in a great position to view of all of the elephants (our jeep driver was great at doing this the entire time we were in the National Park). There were also a lot of young elephants and some babies which was so adorable to see and we couldn’t believe we were seeing so many! 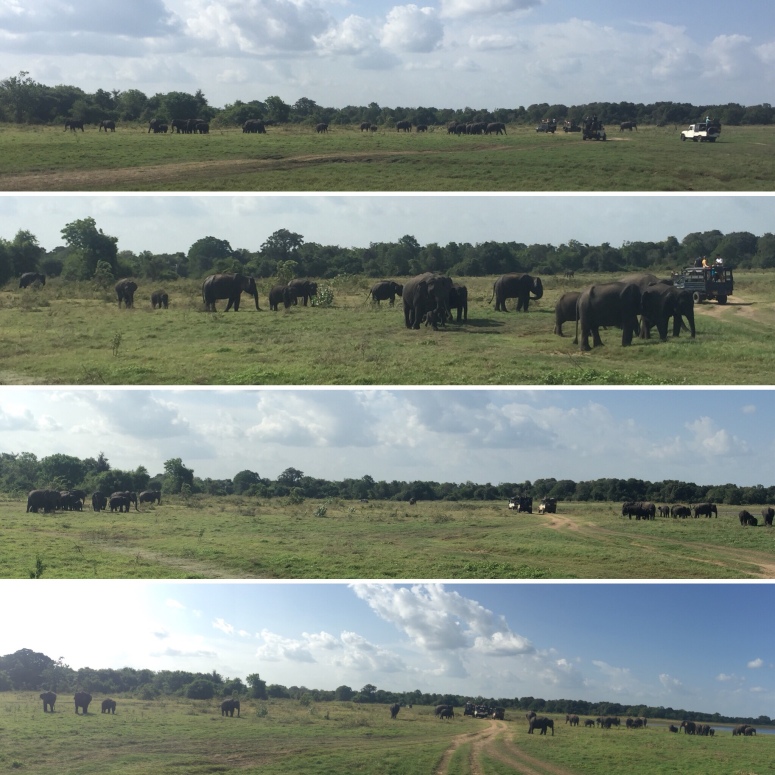 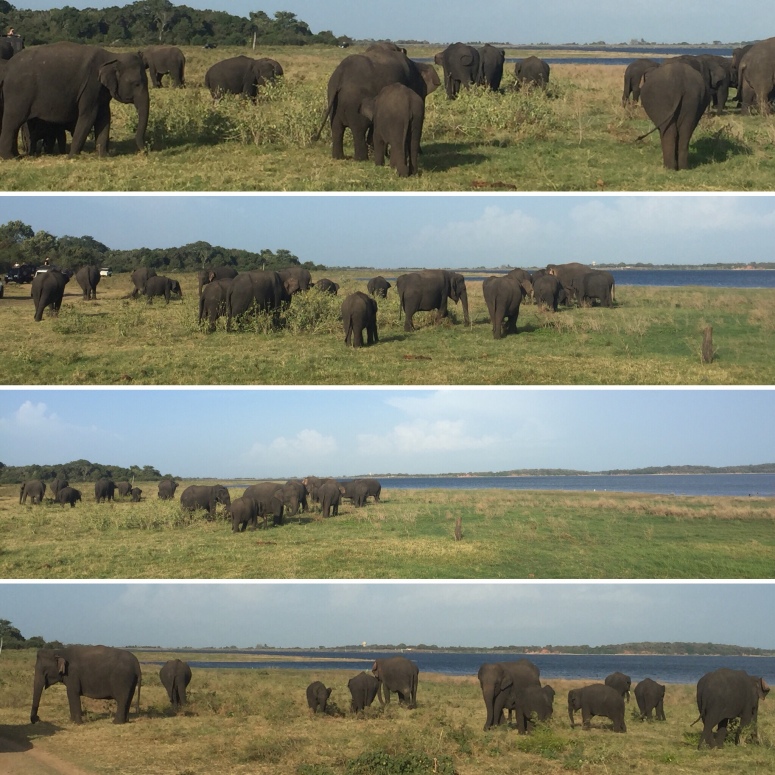 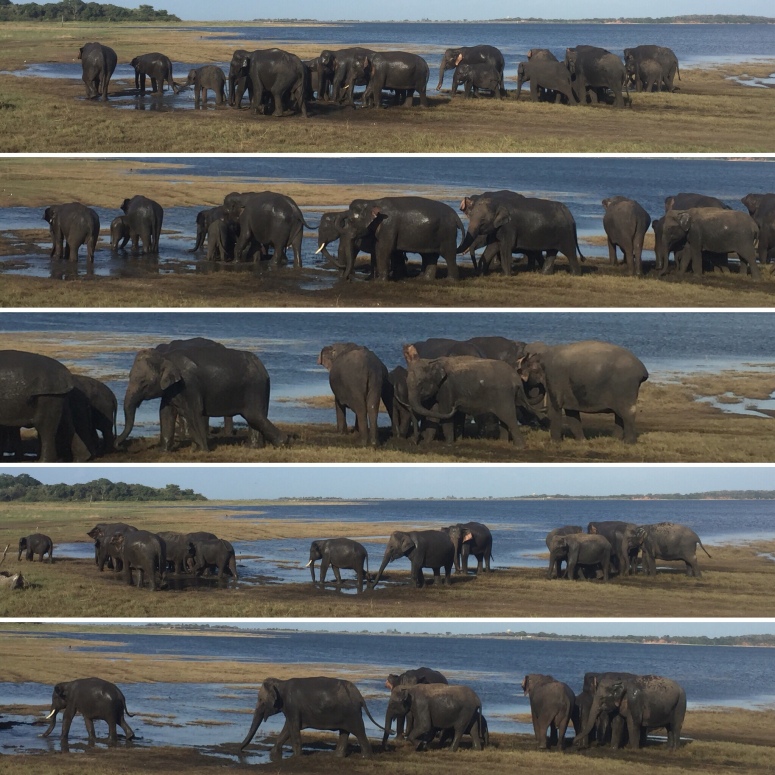 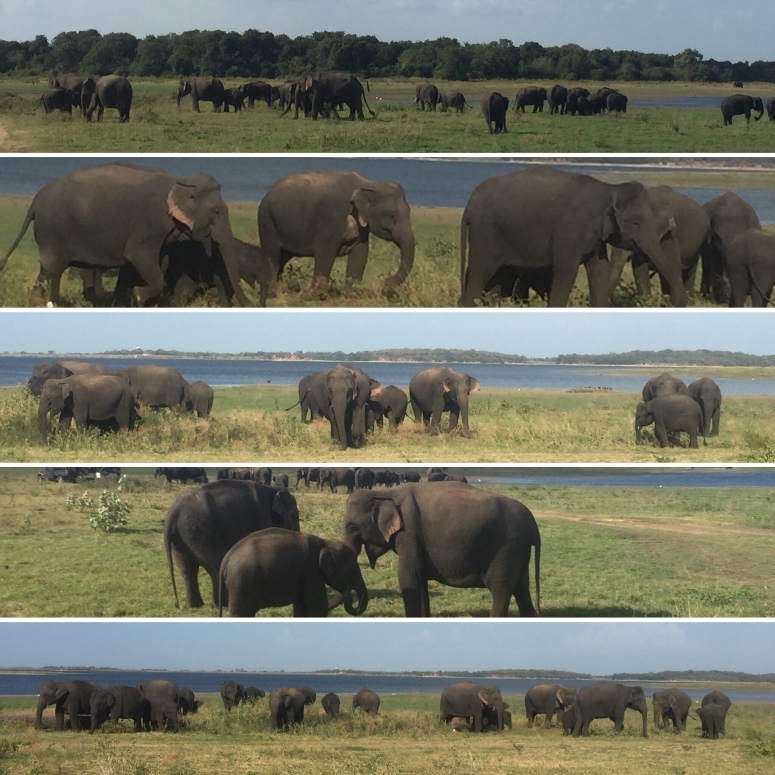 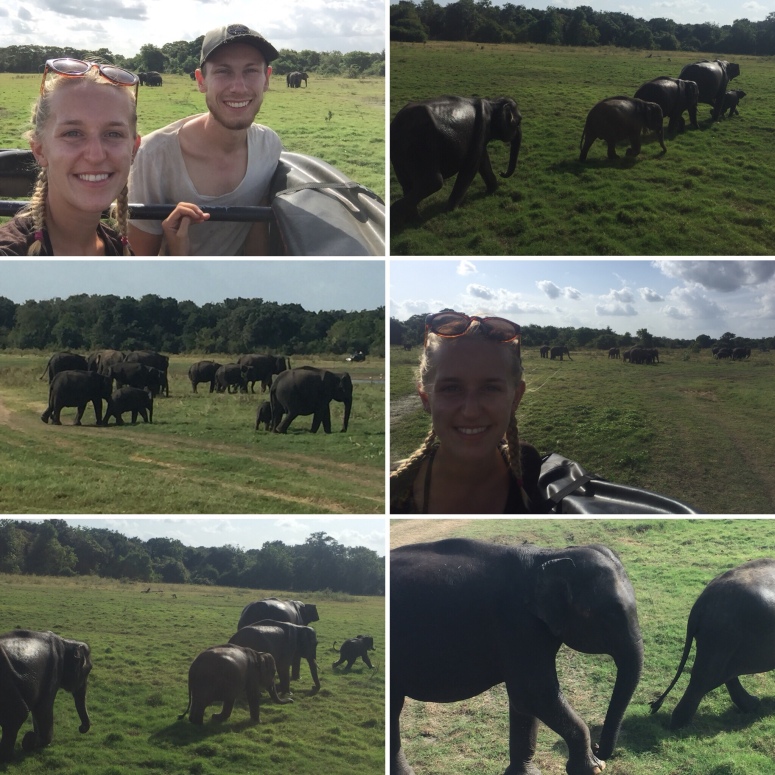 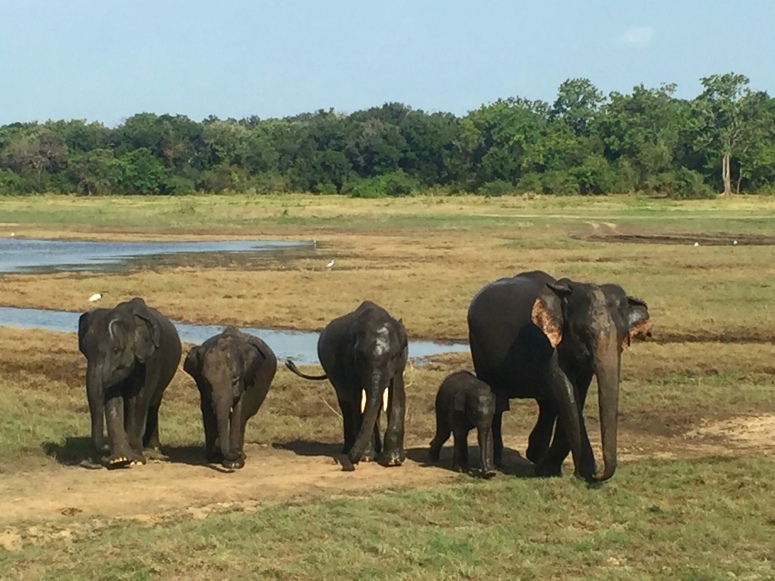 After a while we went away to look at the lake that brought these beautiful animals to the national park. The scenery in the park was stunning and we were there for around 15 minutes before we got the driver to take us back to see the elephants as we wanted as much time with them as possible. 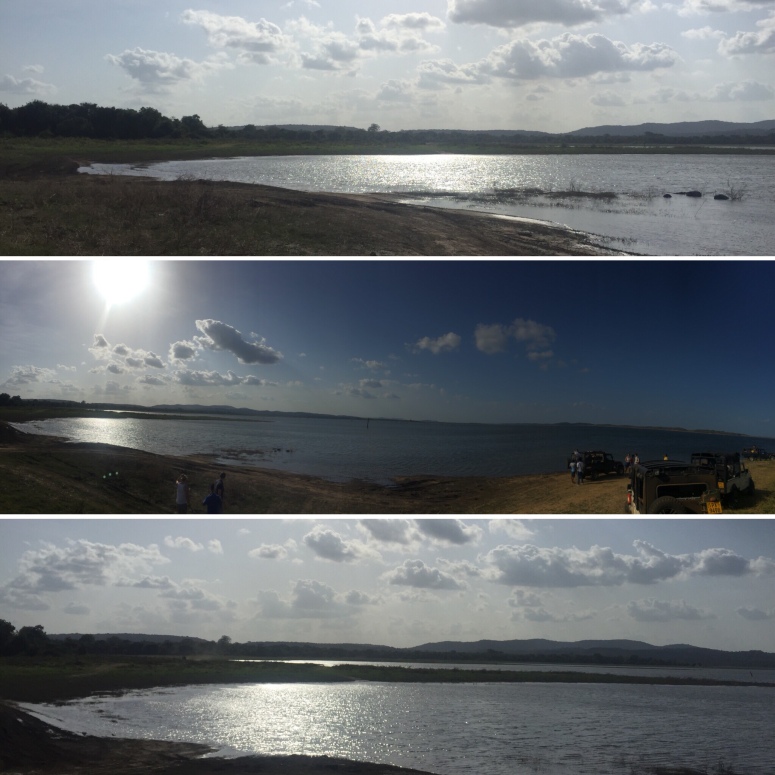 We just hoped this wouldn’t keep escalating to have even more jeeps coming as it may stop the elephants from coming if they started to see the area as a threatening place. One good thing though is that’s the elephants are still in control and there was a giant male (taller than all the jeeps) that’s was part of the group who would charge at the cars when it didn’t like how close they were or thought it was in the way. Our driver was good to make sure we were never in the way of the elephants so we never had to quickly drive off out of the elephants path! 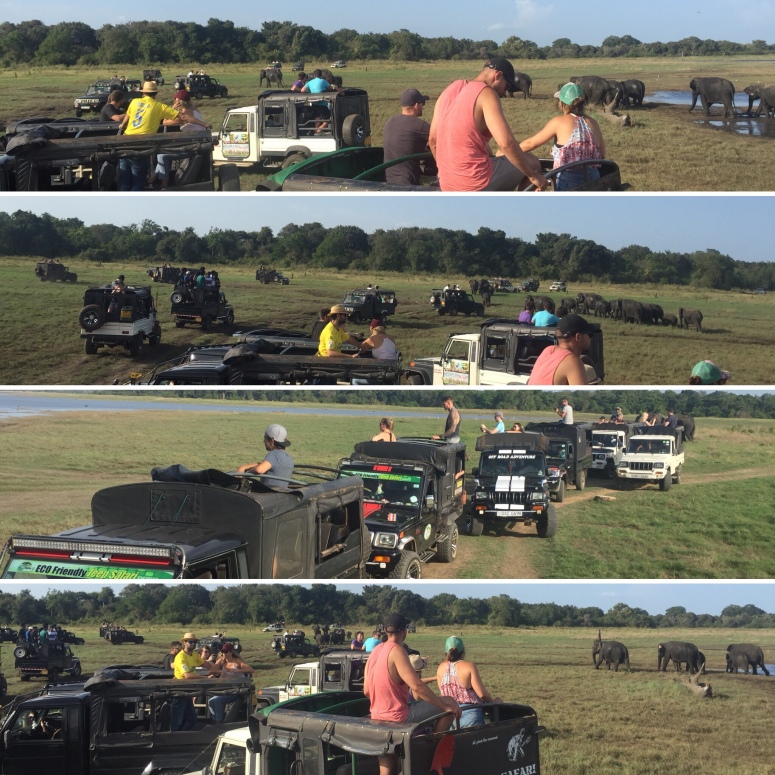 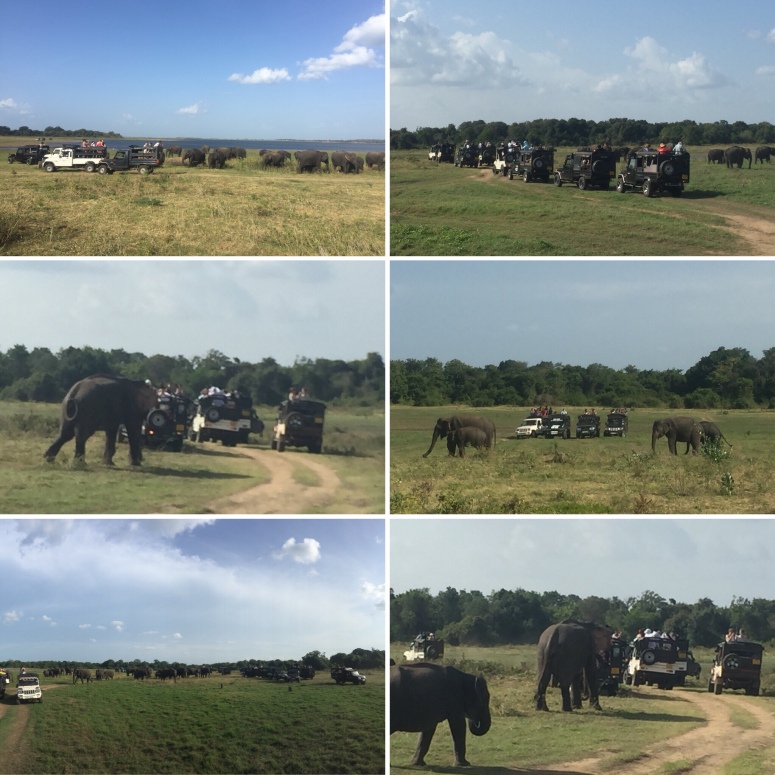 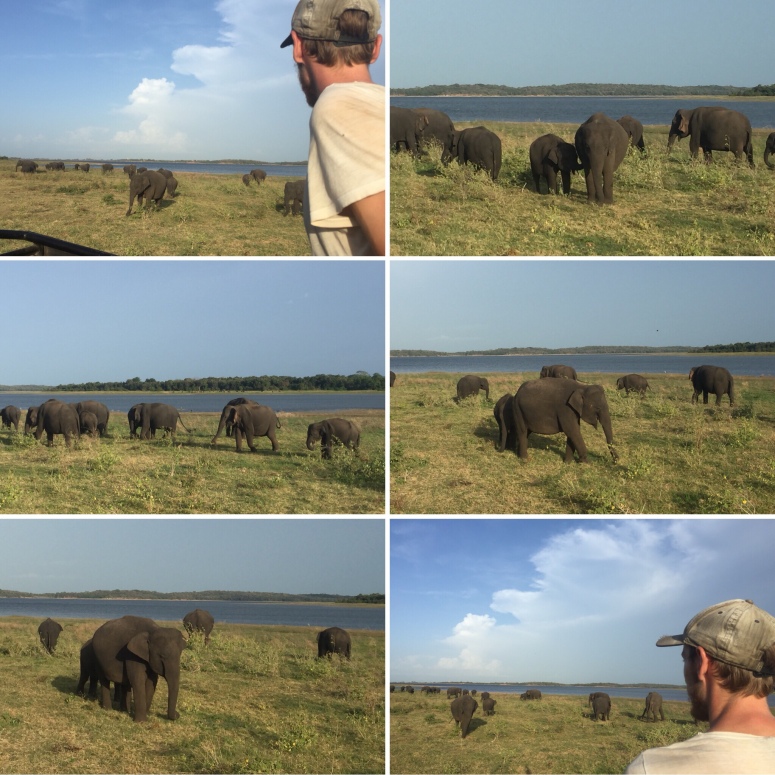 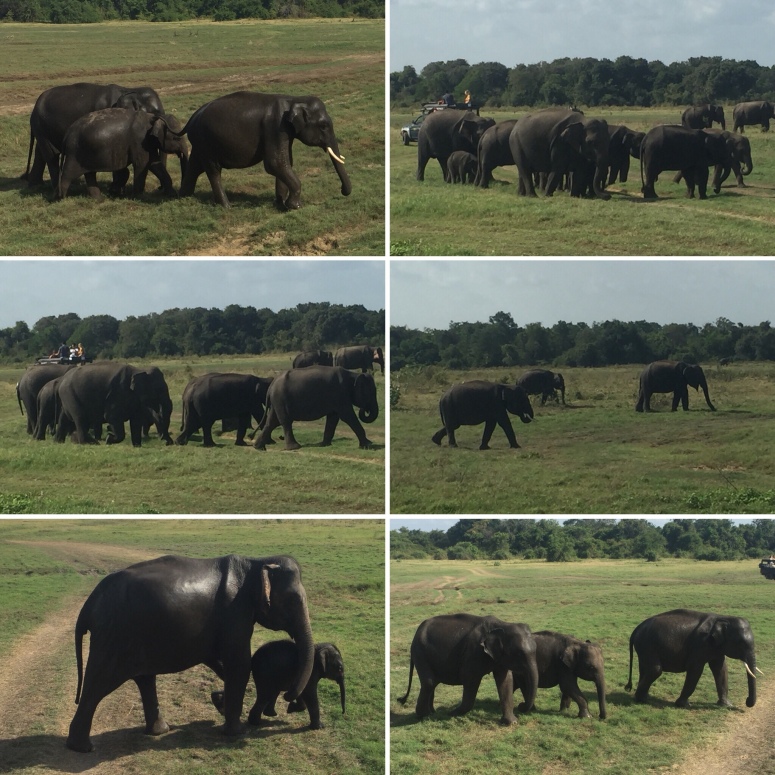 Sometimes you can see hundreds of elephants at the park but we hadn’t expected this and were so happy with our day that not seeing more didn’t affect us in the slightest. We got to get a great view of the small families of elephants and watch the little babies as they learned how to eat the grass or even just them running around. It was also amazing to see the elephants interact with one another as they’re instinctively protective of the babies and often ate in defensive formations where they all looked outwards with the baby in the middle – they really are very intelligent creatures!

We ended up being one of the last jeeps in the park leaving at around 5:30pm which was fantastic as we had also been one of the first jeeps there so we got ages with the elephants. We couldn’t have asked for a better day and absolutely loved watching the elephants, I could have stayed there so much longer but the park closes at 6pm which is good as it means the elephants get some peace! 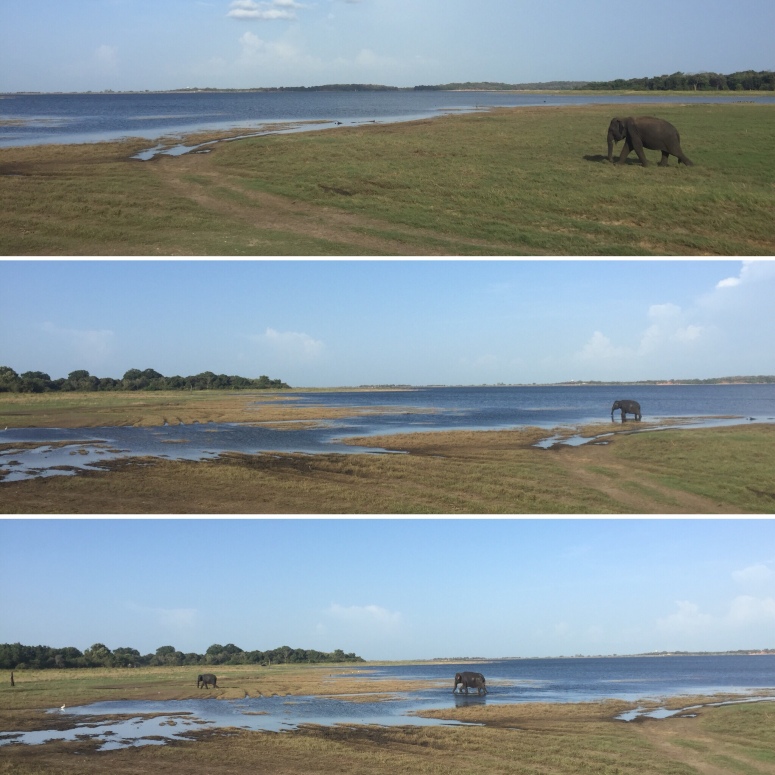 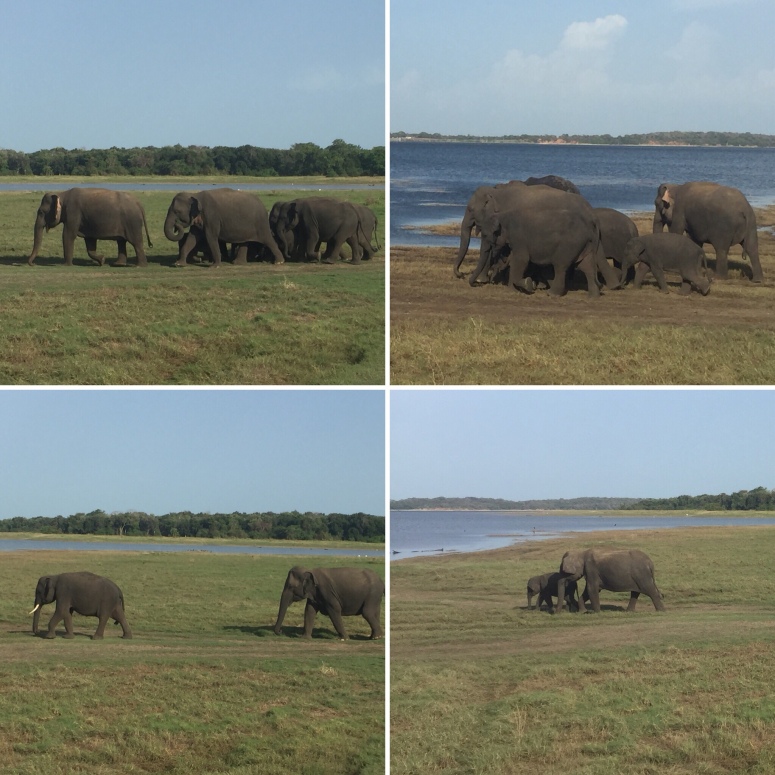 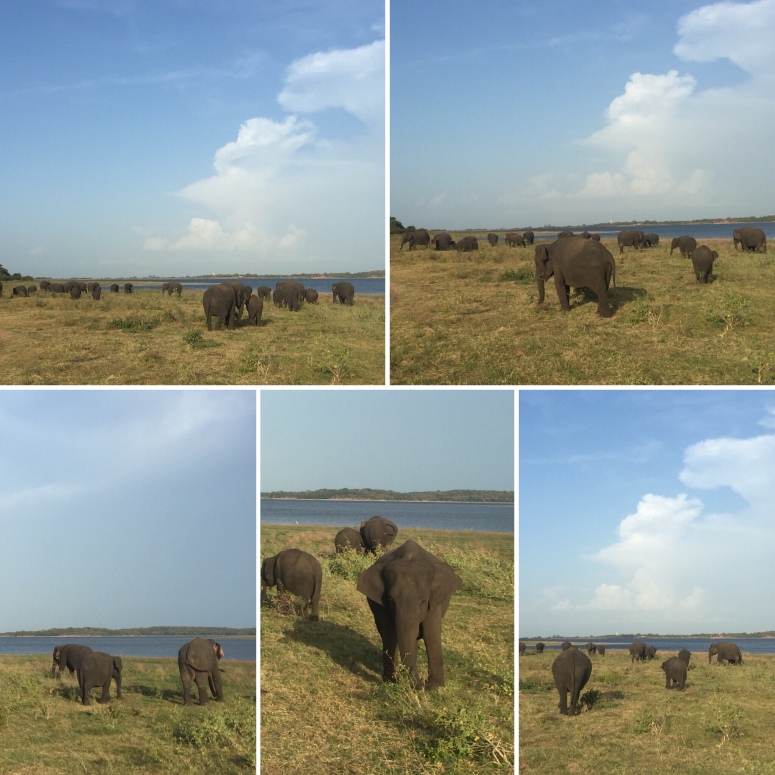 We had packed a lot into our day but it had worked out perfectly and, really, this is probably the best way to do it as the elephants are best spotted in the afternoon when it starts to get a little cooler and, with a tuk tuk or bicycle you get around the sites of Polonnaruwa in a long morning. Elephants are definitely my favourite animals and I couldn’t have asked for a better afternoon.