On 7th July 2019, after our great train ride from Ella (see my last post), we arrived into Kandy. Kandy is a large city in the Central Region of Sri Lanka and was the last capital of the ancient Kings that used to rule Sri Lanka before the island was colonised by the Portuguese, Dutch and British (poor Sri Lanka hasn’t had an easy ride!). This city is relatively isolated from other parts of Sri Lanka and is said to have a distinct way about it compared to cities such as Colombo (today’s capital).

We were nearing the end of our travels with Sri Lanka being our final country on this amazing trip of ours. For his birthday, the month before, Niall was given some money to use in Sri Lanka to treat us both to a bit of luxury – something we hadn’t had since our night in a nice hotel in Bangkok back in April. We chose to stay in the Earl Regency Hotel for the night and, as we had got the early train, we had managed to give ourselves plenty of time to enjoy it. The Earl Regency Hotel is a five star hotel on the edge of the city centre and was stunning. We managed to get a room with dinner and breakfast included and, as we had booked it for Niall’s birthday, they brought us a birthday cake too!

After being checked in to our lovely room which looked out over the pool (every bit of this excited me) we went to use the pool and the gym. It wasn’t a very sunny day and had actually rained when we first checked in but thankfully it cleared u enough to make going for a swim pleasant enough. Amazingly, England were in the Quarter-Final of the FIFA World Cup and we had a great TV and comfy room to watch it in! We got some beers from the bar and took them back to our room as Niall was slightly nervous and didn’t want to miss anything from the noise and activities of the other guests. We couldn’t have asked for a better result and were going through to the Semi-Finals for the first time in 29 years (since 1990!)

After being on a definite high we went and ate an amazing tea! I have never had such an extensive buffet with so many different tables of great food! We had multiple helpings until we thought we would burst then topped it off with a pile of desserts including, my personal favourite, the ice-cream station! We went to bed happy and were still full when we woke up the next morning! 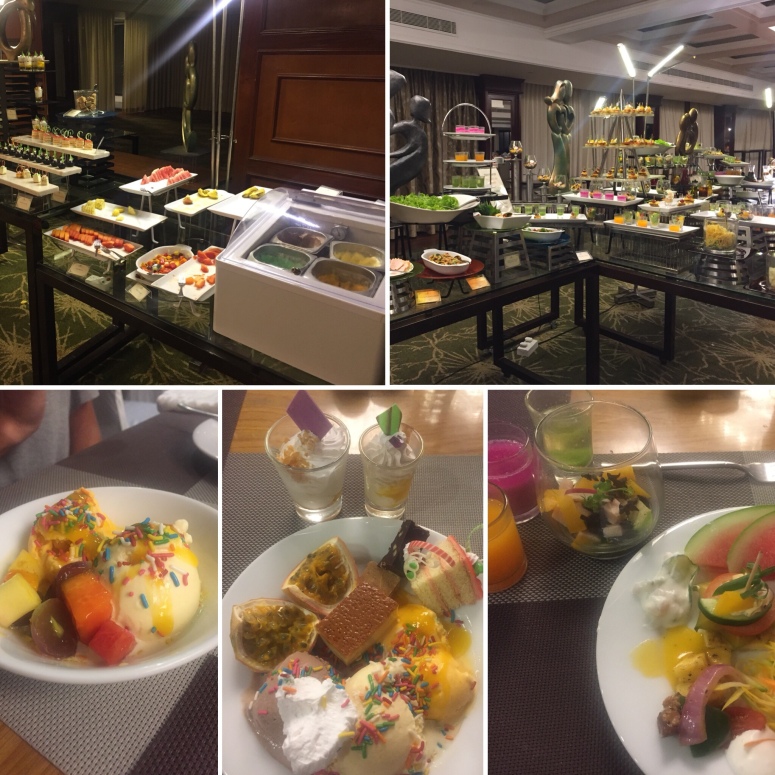 The next morning (on Saturday 8th July 2018), after a good night’s sleep in a comfy bed we had a great breakfast feast despite not being remotely hungry after all our food the night before! We chilled in our room until noon when we had to check out (I’m sure you can imagine how sad we were about this!). 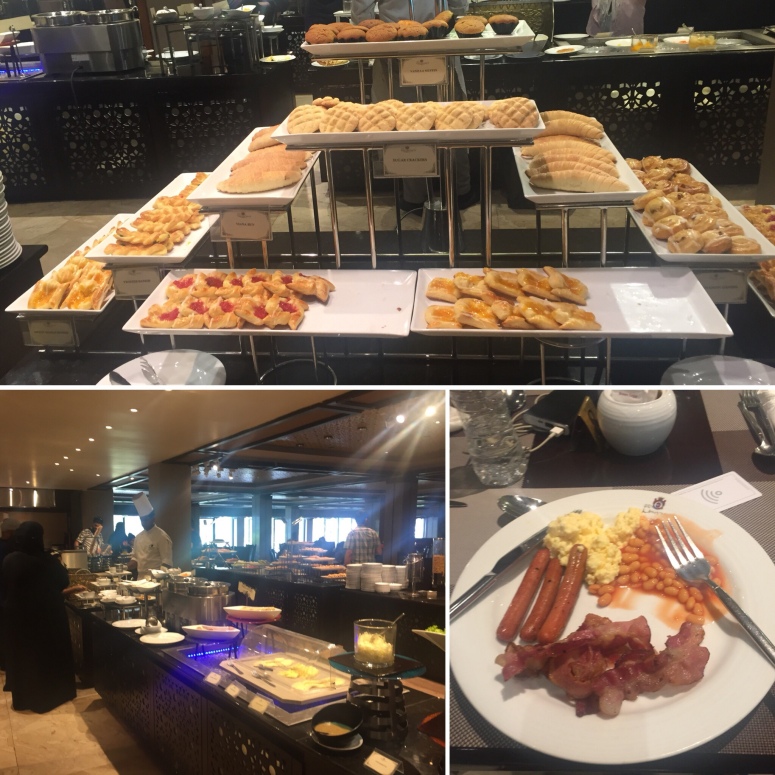 I have been to Kandy before when I visited here when I was younger with my family. I have great memories of the city from the birds flying out of the trees in the morning, bats flying out of the trees in the evenings, pelicans on the lake (I HATE pelicans!) and sitting in our cute little hotel being told stories by my dad – this city was a big part of a very memorable holiday for my siblings and I. 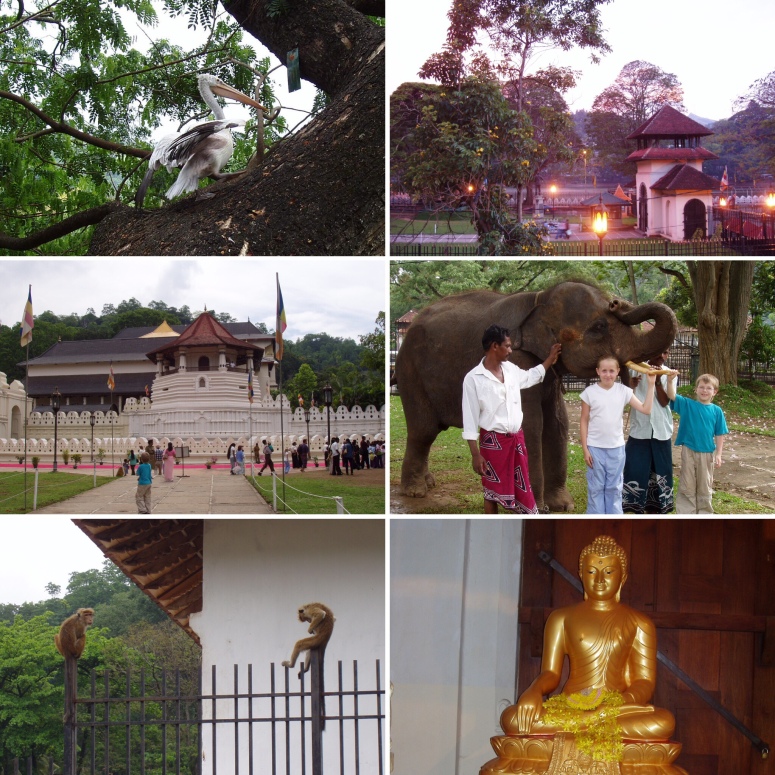 After checking out we were eager to go and explore the city, particularly in light of the memories I had of the place. The city was very busy and it also kept raining on and off throughout the day which wasn’t ideal. We headed straight to the main attraction, the Temple of the Tooth. This is a golden roofed temple – although the roof was covered under construction when we were there – which is said to hold a tooth of the Buddha. The tooth was said to have been taken from the flames of the Buddha’s funeral pyre in 483BC and was smuggled into Sri Lanka during the 4th Century AD hidden in the hair of a princess. Over the years the tooth was seen as a symbol of sovereignty in Sri Lanka with the owner of it having the right to rule. There is some speculation in history of whether this was actually destroyed by the Portuguese when they invaded but this is strongly disputed in the country and a string of worshippers continue to visit the Temple to lay flowers and pray to the resting place of the tooth.

You have pay to get into the temple and then hand in your shoes at a stand before you can look around. The grounds have a few different buildings which are either areas of worship or house pieces of artwork like pictures of the story of the Buddha or about Sri Lanka. In all honesty we were underwhelmed which I found extra disappointing as I have very good memories of the Temple from my last visit, memories that didn’t fully match up with our visit. Saying that, I think if you’re in Kandy you can’t not go and visit the temple and I think if there was a bit more guidance on particular areas or the history and significance of particular things, it would make the visit more meaningful. 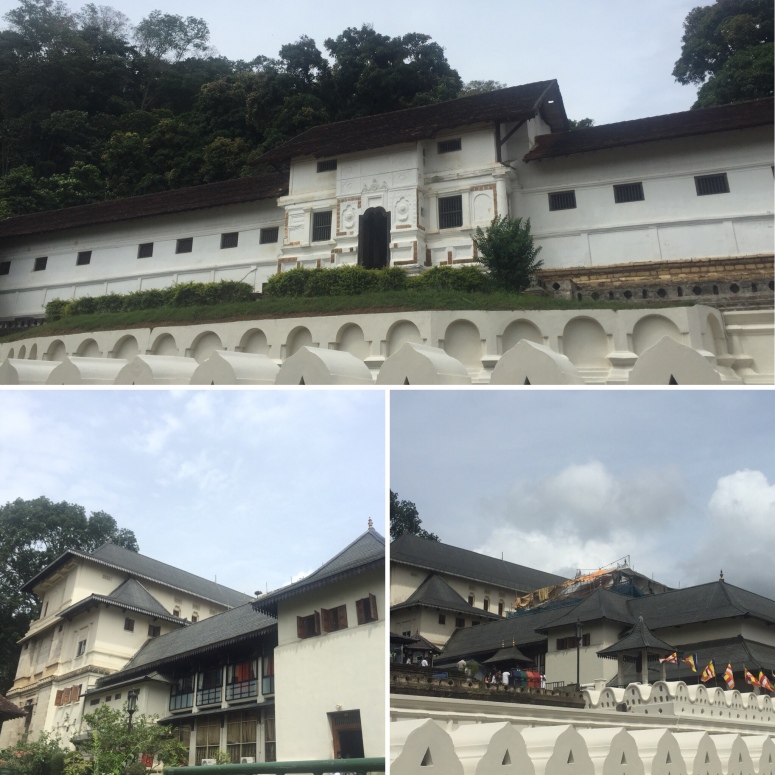 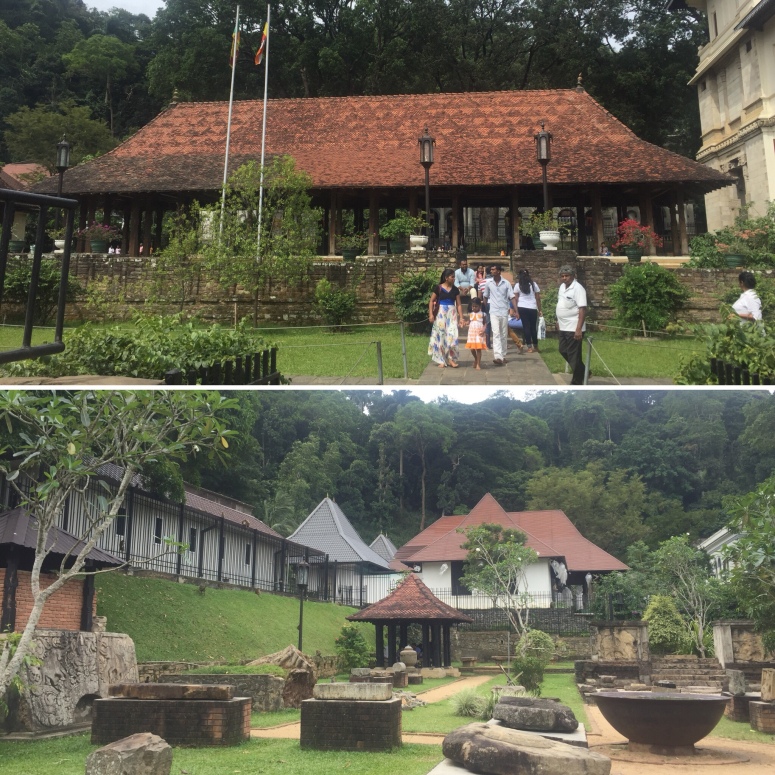 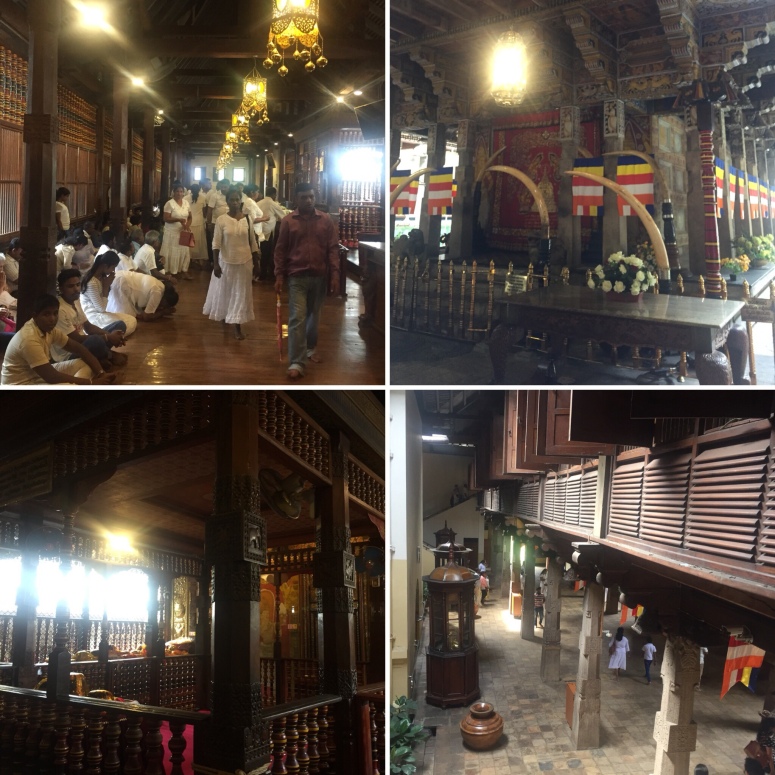 After leaving the Temple we headed for a walk around the lake which is in the centre of the city. Kandy Lake dominates the town and is on the edge of the Temple grounds. It’s peaceful and calm and is a nice walk around to kill some time and watch the city in action. After this we were pretty much done with Kandy and so headed back to our hotel to pick up our bags and get to the train station to go back to Colombo.

We bought tickets for the next train that would be leaving Kandy which was at 3:30pm. Buying tickets on the day meant we didn’t have a seat reservation and so we spent the next four hours standing in the crowded corridors of the train with hundreds of others as Sri Lankan trains can’t sell out – they just fill them to bursting! The journey seemed to go on forever but eventually we arrived back in Colombo. We stayed the night back at Backpackers Paradise Colombo where we spent the first night of our time in Sri Lanka as we knew what it was like and it was near to the train station for us leaving the following morning. We had a nice meal that the family who owned the hotel had prepared and chatted with some other people staying there who were at the end of their trip so spent a bit of time swapping stories before getting to bed ready to leave in the morning.

If I’m honest Kandy wasn’t how I remembered it and it left me feeling a bit disappointed. The hotel was really great though and just for the train ride there it’s worth being there for at least a night. When I went with my family we stayed in Kandy for a long time and did trips to places such as Polonnaruwa so that’s also an option to use the place as a base if you didn’t want to travel around so much – but for us that’s part of the fun!

It was sad to be coming towards the end of our travels but we still had a couple more places to see.

Next, onto our penultimate stop: Galle.