On Sunday 8th July we got a train back from Kandy to Colombo. We bought tickets for the next train that would be leaving Kandy after we finished looking around which was at 3:30pm. Buying tickets on the day meant we didn’t have a seat reservation and so we spent the next four hours standing in the crowded corridors of the train with hundreds of others as Sri Lankan trains don’t ever sell out (they just fill and fill to bursting point)! We stayed the night back at Backpackers Paradise Colombo where we spent the first night of our time in Sri Lanka. They put on dinner which was handy as it meant we didn’t have to go out again to try and find food and the meal we had was very nice which was an added bonus!

After breakfast the next morning (9th July 2018) we headed back to the train station to go to Galle which is on the South Western Coast and is probably one of the more popular spots in Sri Lanka for tourists to visit. We’d be spending the night here staying at a place called Millennium Rest & Gems which, like many places in Galle, was a jewellers and precious stones merchants as well as having a few rooms for tourists. Our train was delayed so didn’t leave until 11:30am and got into Galle at around 2pm, slightly later than planned.

After freshening up from a hot train journey we headed out to explore Galle Fort. We were lucky enough to find a cheap deal with our accommodation on booking.com so that we could stay within the Fort as this had originally been outside of our budget. It made a huge difference to be so close to everything we wanted to see especially for the odd rain shower that happened throughout the day as Galle was in the section of Sri Lanka going through its monsoon season. Thankfully, monsoon season in Sri Lanka meant short showers dotted throughout the day and higher winds instead of the torrential, relentless downpour you’d imagine so it was still manageable to visit here during this time.

Throughout this post I will be referring to Galle Fort which is the main tourist area and where we spent the entirety of our stay here. In all honesty I don’t think there would be much sightseeing to do outside of this fort for tourists, but I can’t comment on that as we didn’t venture outside this area in our short time here. The fort is a beautiful and compact UNESCO World Heritage Site full of old, colonial buildings and is right next to the sea. I have visited Galle before when I visited Sri Lanka with my family in 2004 (when I was 10) and we spent a bit of time here so I remember it quite well which is nice, particularly as this hadn’t been the case with Kandy.

During its history, Galle has been colonised by the Portuguese, Dutch and then the British with them all leaving their mark on the place. The streets are beautiful and you can really see the Portuguese and Dutch influence on the buildings that make up this cosy settlement. It looks very tropical with its flowery bushes and palm trees and the tuk tuks that hurtle around the otherwise peaceful streets, reminding you that it was Sri Lanka and not somewhere in Europe that you were visiting.

The main site (aside from the streets themselves) is The Fort Wall which you can walk on top of all the way around giving you views out to sea, of the coastline and also of the Galle International Cricket Stadium which is over 100 years old and has been hosting international matches since 1998. We walked around the walls a number of times during our short stay in Galle and I don’t think I could ever tire of it. 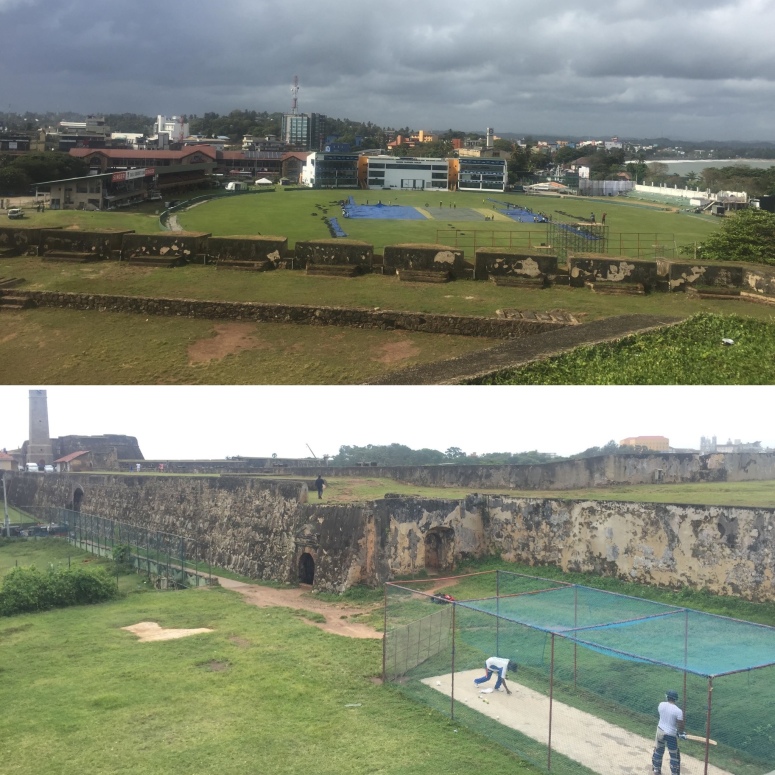 I really liked the lighthouse in Galle which overlooks Lighthouse Beach, on the Eastern side of the Fort. This is also where the Eastern section of the fort wall ends. We were lucky enough to see this on a clear day and I really liked that it was surrounded by palm trees and is very picturesque! 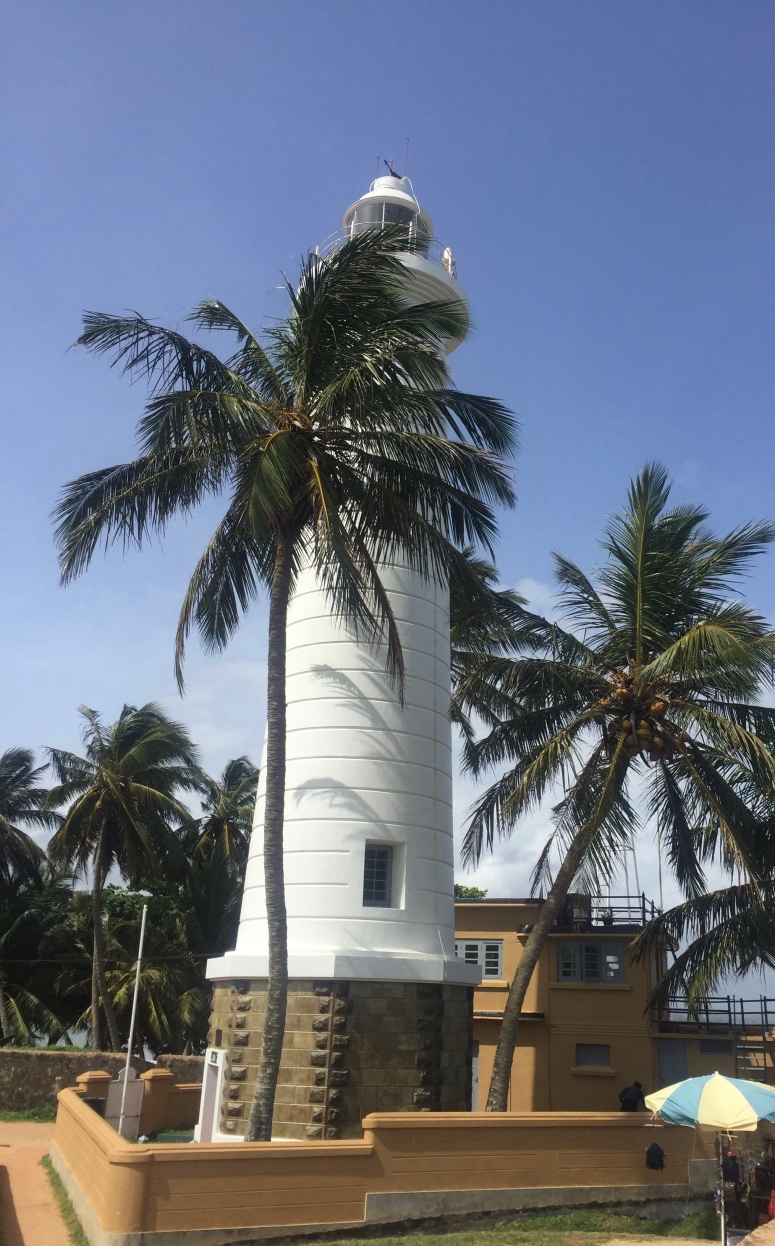 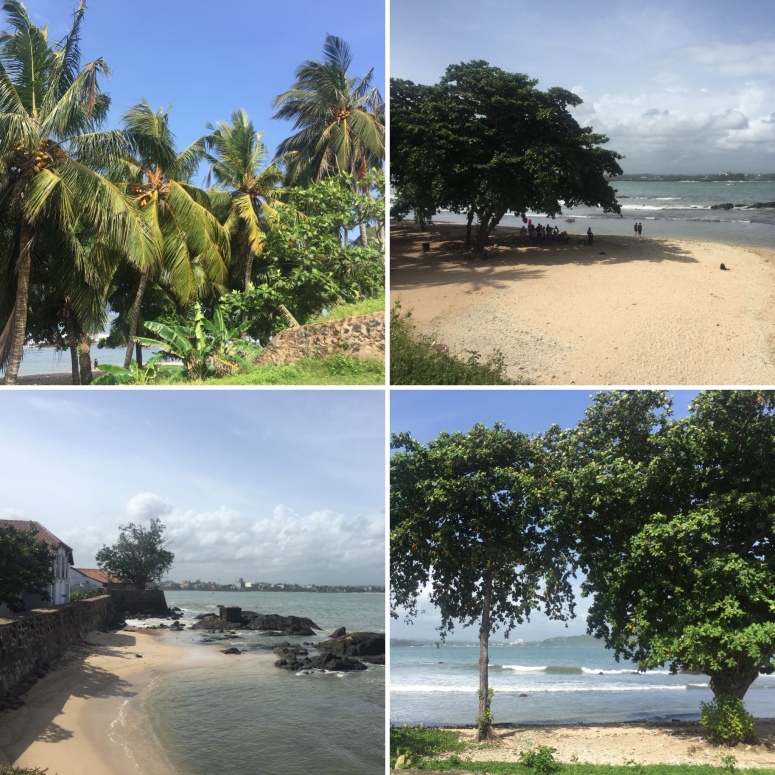 Probably to be expected due to the numerous European colonisers of Galle, but there were a number of churches to see within the Fort. You could see the differences in influences between them as you walk around. We visited two churches during our visit, the first being the Anglican All Saints Church which date’s back to 1871 and has a Victorian Gothic Revival style to it with stained glass windows and dark, wooden furniture inside. The church still holds services today and you can really see the British influence on the place. 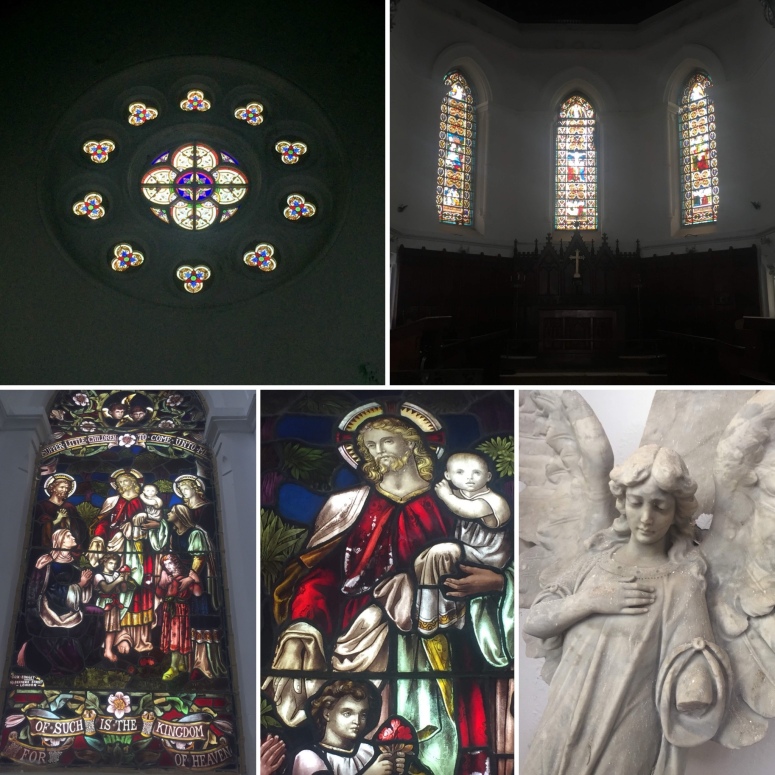 Another church, which is also listed in the Lonely Planet to visit, is the Dutch Reformed Church (also known as the Groote Kerk). There are a lot of old Dutch buildings still in Galle, I think due to the length of the reign the Dutch had on the area. The Church was built in 1752 after a Dutch Commander and his wife donated the money for its construction in thanks for the healthy birth of their daughter. This is one of the oldest protestant churches still used in Sri Lanka. The floor is the most noteworthy part of this church as it is paved using the old gravestones from Dutch cemeteries and it has a large organ over the door which came from Colombo. 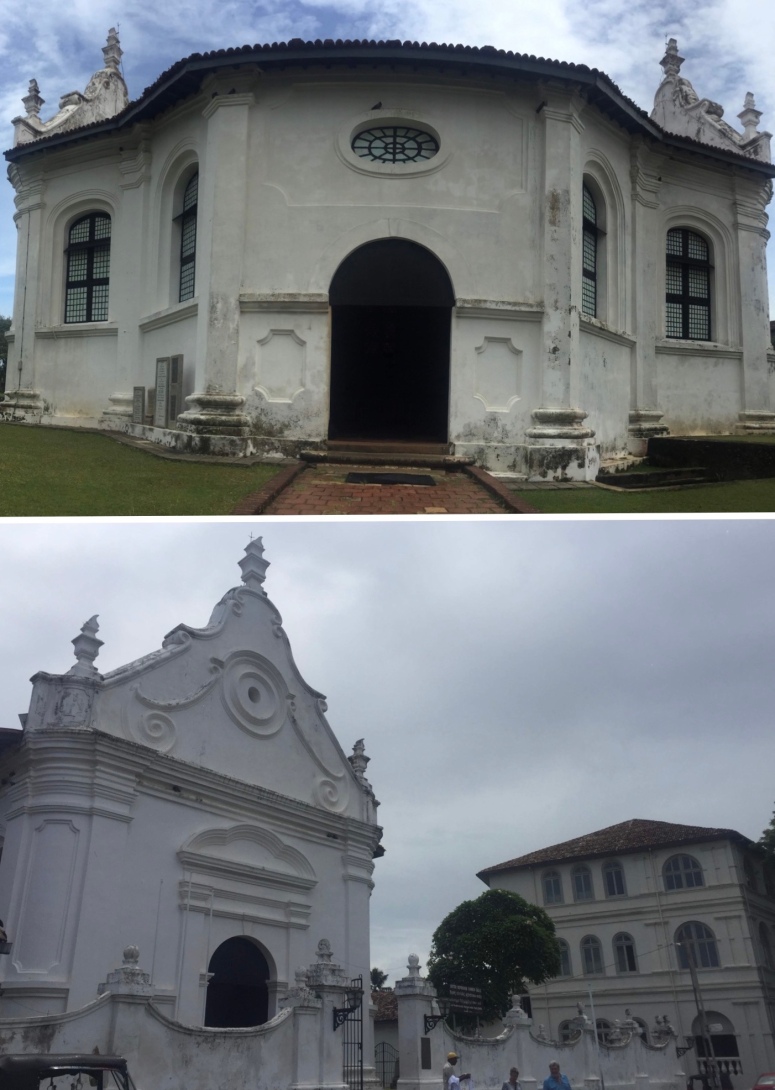 The nicest thing to do in Galle is just to wander. By wandering around you’ll find little ice cream shops (obviously a favourite for me) and restaurants, quiet streets and pretty buildings. Being a UNESCO World Heritage Site has definitely worked in its favour as its meant that it is in very good condition and this helps to show the different European influences. It would be good if there were maybe a few more information boards around to teach you about different areas but then I understand that they want you to hire a tour guide and the signs would take away from that. There are some boards around so you can still get a taste of what’s gone on here and, if you did have a thirst for more historical knowledge, you could either hire a guide or Google it later on. 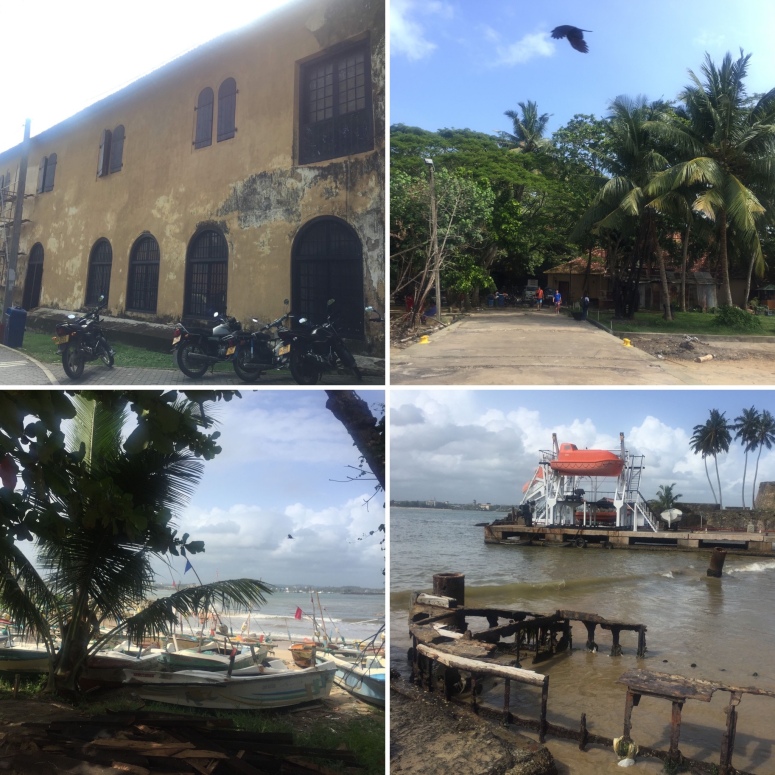 Considering the time of year, we only had a few showers whilst in Galle, with the worst one being in the evening that started just as we were having food so we lucked out. We even managed to get some blue sky and sun during our time there. I’m glad we managed to fit Galle into our trip as it was a lovely place to wander around. We left Galle to arrive back in Colombo in the evening giving us two nights and one full day to look around before our flight home. It was surreal to know we were going home so soon especially as we were enjoying Sri Lanka so much but we were really looking forward to seeing our family and friends again after so long away! 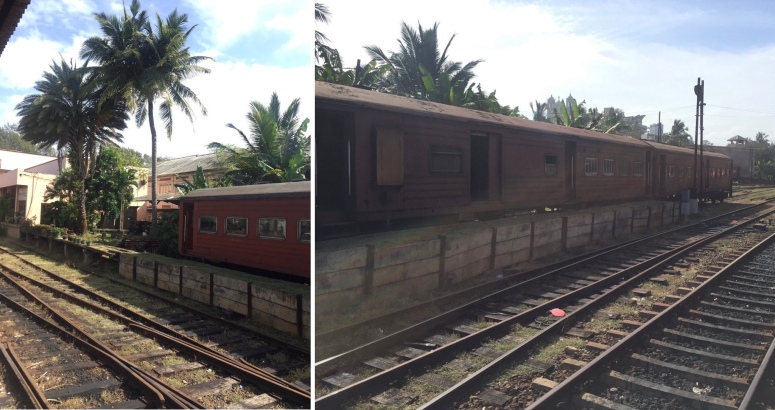